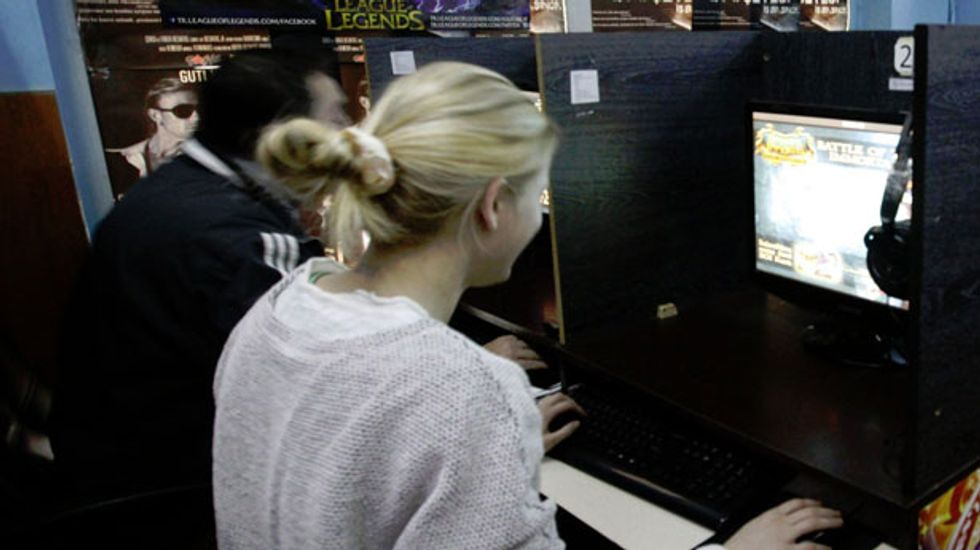 ISTANBUL (Reuters) - From a campaign to "unfollow" President Abdullah Gul on Twitter to an opposition appeal to Turkey's highest court, Turks vented their anger on Wednesday at a new law tightening government control of the Internet.

Erdogan's critics say the law, along with a bill increasing government power over the judiciary, as an authoritarian response to a corruption inquiry shaking his government and as an effort to stop leaks about the case circulating online.

Rights groups and the opposition had urged Gul, seen as a more conciliatory figure than Erdogan, to veto the new law. His failure to do so prompted a Twitter campaign under the hashtag #unfollowabdullahgul, although he appeared to lose only a fraction of his four million followers as a result.

"Of course we're angry. The picture is so obvious - they are trying to manipulate everything. But our anger makes no difference," said Cinar, a 29-year-old cook sitting with a friend in a cafe near the Besiktas fish market in Istanbul.

The main opposition Republican People's Party appealed to the constitutional court to overturn the law, saying it breached the constitution and aimed to cover up the corruption inquiry.

Social media and video sharing sites have been awash with alleged recordings of ministers, including Erdogan, and business allies, presented as proof of wrongdoing in the graft scandal. Reuters has been unable to verify their authenticity.

The government says the law is aimed at protecting individual privacy not gagging its critics, will enable specific content rather than entire web sites to be blocked and will replace prison sentences with fines for violations.

It has cast the corruption scandal as a smear campaign designed to undermine it before elections this year and orchestrated by U.S.-based cleric Fethullah Gulen, a former Erdogan ally whose followers say they number in the millions.

Turkey already has strict Internet laws under which thousands of websites have been blocked, from news portals viewed as close to Kurdish militants to gay dating sites.

Google Legal Director Susan Infantino said in a December report that the number of requests from Turkish authorities to remove content from the firm's platforms had risen nearly tenfold in the first half of 2012.

In the six months to the end of June 2013, it was asked to delete more than 12,000 items, making Turkey the top country on its "request to remove content" list, the report said.

Erdogan's reaction to the corruption probe, in particular government efforts to tighten control over the naming of judges and prosecutors and the Internet, has drawn sharp criticism from the EU, which Turkey has been seeking to join for decades.

In power for more than a decade, Erdogan's AK Party has increased its share of the vote in each of the past three elections, ushered in unprecedented political stability and overseen some of the fastest economic growth in Europe.

But the government's handling of fierce protests in mid-2013 and the fallout from the corruption scandal have heightened fears of some Turks about what they view as Erdogan's increasingly authoritarian leadership.

"This frightens me even though I'm not doing anything criminal. I already hesitated to write anything critical of the government online," said Emre, a 35-year-old engineer working on his laptop in a Besiktas cafe.

"This government is not democratic enough for such a law. If I trusted it more, I would not be so frightened."