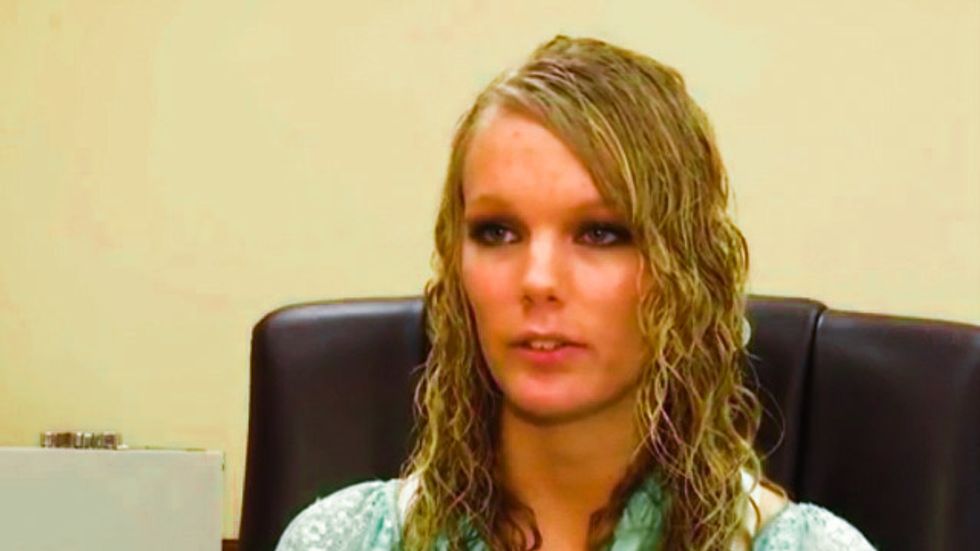 A McDonald's restaurant in New York fired a worker after 8 years because she "opened a whole bee’s nest" by buying food for firefighters after they put out a house fire, she said this week.

Heather Levia, 23, told WIVB that she was working as a manager when the group of firefighters came in and ordered 23 breakfast sandwiches after fighting the blaze. It was a cold day so Levia covered the $83 cost of the meals herself.

“Just because I appreciate everything they do,” she said.

When more firefighters came in and ordered $70 worth of food, Levia wanted to cover those meals too. But she is a single mother with twins who is working two jobs to put herself through nursing school.

So, she called her boss, thinking he might pay for the meals because he often gives food to police officers.

After her boss said no, she called corporate and was told no again. Eventually, Levia and her coworkers came up with enough cash to cover the meals themselves.

The firefighters later contacted the store management when they learned that the meals had been paid for by employees. That's when Levia's boss accused her of opening "a whole bee’s nest," she said.

The store fired Levia during her next shift for swearing at a superior, which she denied.

“I did say this is ‘freaking’ ridiculous. But it was not implied to anybody,” she explained to WIVB.

McDonald’s restaurant owner Tom Meyers told the station that he would not talk about the dismissal "[o]ut of respect for Ms. Levia and her privacy."

"The Meyers Organization has always valued the employees who serve our customers every day. We likewise continue to be an ardent supporter of our police and fire departments, along with other first responders. They are always welcome in our restaurants, and we will continue to support them in the future," Meyers said in a statement.

"We are aware that certain allegations have been made concerning the reasons for Heather Levia’s termination," he added. "Out of respect for Ms. Levia and her privacy, it would not be appropriate to comment in detail on the reasons she is no longer employed by our organization. Still, it should be pointed out that the allegations are absolutely not true. We would never penalize an employee for showing appropriate gratitude for the work of our firefighters."

As for Levia, she expected to spend the next few weeks looking for a job. She has already received several offers.