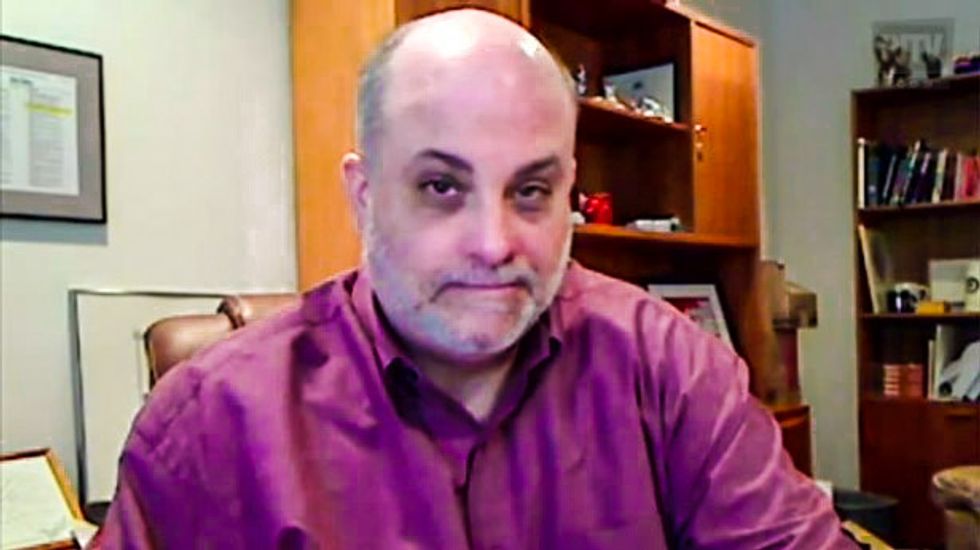 Conservative radio host Mark Levin on Tuesday argued that same sex-marriage should be illegal because it impacted society much like incest.

On Levin's Tuesday radio show, a libertarian-leaning caller observed that LGBT people deserved equal protection under the law and should be able to get married.

"How about polygamists? Are they entitled to equal protection under the law?" Levin asked. "Just answer the question, pal. There are no limits or there are limits. Where do you draw the line?"

"That's not equal protection because you're not talking about one spouse," the caller noted. "As somewhat libertarian, it is difficult to draw the line. As long as somebody's behavior doesn't directly affect me, why should I dictate what they do?"

After hanging up, Levin said that the caller's principle about not dictating other people's behavior was a "good general rule" -- except when it came to same-sex marriage.

"I'll give you an example to be as clear as I can," Levin continued. "What if an individual decides to have sex with a close relative? And what if it's both agreed to, they both agree to it?"

"Let's say a father with a daughter. I know it's grotesque, I'm just making a point. I'm not saying a minor either. With an adult daughter. Does that affect you? Does that affect society? Is that something where we should turn the other way and say, 'Hey, look, they're two adults, let them do what they want'? I say that affects society in a big way."