Researchers: 41 percent of women say a partner has spied on them online 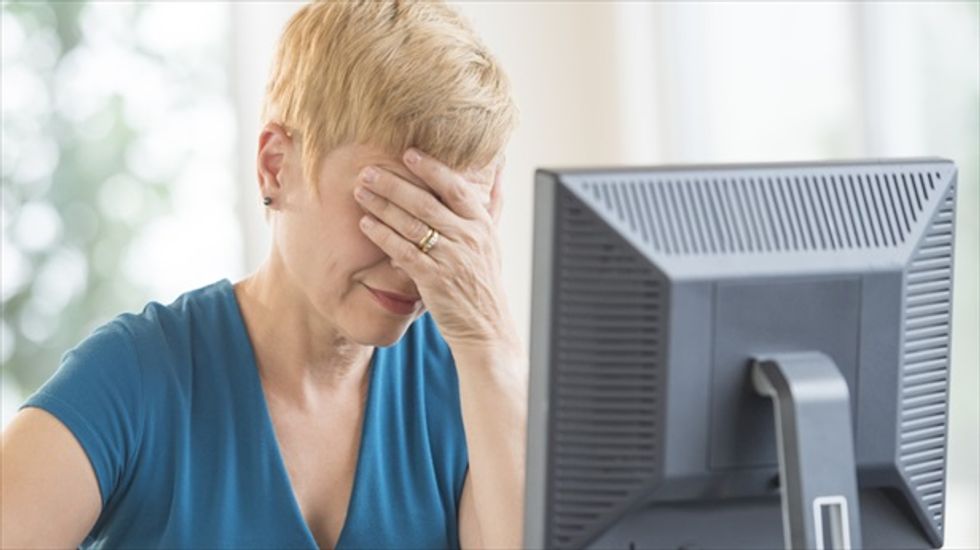 Around 40 percent of women say current or former partners have monitored their online activity, but just 30% regard it as stalking

One in three women say they have suffered online harassment by a current or former partner, according to a report to be released on Friday that coincides with a global campaign to end violence against women and girls.

The report from the domestic violence charity Women's Aid reveals that 41 percent of women reported that a partner or ex had used their online activities to track them or check up on them, and 37 percent said they had felt threatened by such behaviour. Facebook and email were named as the most common platforms for abuse.

But when asked if they had been stalked or harassed online by a former or current partner – a criminal offence – just 30% of women agreed. The charity said this figure was lower because there was a general lack of awareness that if a person felt threatened by such online behaviour, it was likely to constitute harassment.

The report – released by the charity in part to highlight the fact that not all anonymous messages are romantic on Valentine's Day – reveals how stalking and harassment are linked to other forms of abuse, including domestic violence.

Polly Neate, chief executive of Women's Aid, said: "Today's report details the significant failings of the government, social media providers, and the criminal justice system to keep pace with the ingenuity of criminals intent on intimidating and controlling women online.

"It is vital that prompt action is taken to address the causes of both online and offline abuse against women, as we work to eradicate new forms of abuse enabled by online technologies."

People campaigning to end all forms of violence against women and girls will attend a rally in Trafalgar Square at lunchtime on Friday as part of the global campaign, One Billion Rising. The event is one of hundreds due to take place on Valentine's Day.

Speakers in London will include MPs Yvette Cooper and Stella Creasy, Whitney Iles, who works with female gang members, and Leyla Hussein, a campaigner against female genital mutilation, which is the focus of a Guardian petition that has so far attracted more than 200,000 signatures.

The Labour party is using the campaign to call for a dedicated commissioner to fight domestic violence and for compulsory sex and relationship education in schools, both of which have been rejected by the government.

The day of action, which involves dancing as well as campaigning, comes a day after an Office for National Statistics report revealed that nearly 5 million women, or 30% of the female population of Britain, have experienced some form of domestic abuse since the age of 16.

One Billion Rising was set up by author and activist Eve Ensler a year ago to raise awareness of the fact that one in three women worldwide will be victims of some form of abuse in their lifetimes.

On 14 February last year, men and women in 207 countries gathered and danced to demand an end to violence against women and girls in more than 10,000 events, from shopping centre dances to a mass action in Bangladesh.

The campaign this year has focused on a demand for justice for a variety of causes. Monique Wilson, global co-ordinator, said this year's focus was on asking for action from local communities and governments whereas last year, the aim was to raise awareness about the extent of violence against women.

Ensler said the scale of the campaign, which has been directed by local communities but brought together online, had surprised and delighted her. "It's easy to feel alone and isolated," she said of victims of abuse. "What global solidarity does is to create energy around these campaigns, which are self-directed and automonous."

Women's Aid released details of one woman, Claire, who had been harassed during an eight-year marriage in which her husband read messages on her phone and set up her email to forward all messages to his own accounts.

He knew the passwords to all of her social media accounts and had location services set up on her smartphone so he could see where she was at all times. By monitoring all of her online friendships, he was able to prevent her reaching out to friends and family for help to escape him.

"E-mail, social media and smartphones gave him total control over all aspects of my life when I was with him," she said. "It gave him a sounding board to hundreds and hundreds of people to spread malicious lies and untruths in order to destroy my future when I left ... It gave him ways to know about my life he couldn't have otherwise and I felt for at least 18 months that I had absolutely no escape.

"The constant hounding through so many different mediums and the total lack of privacy or being able to shake him off compounded the fear and made me feel that I would never, ever be free."

• Guardian teams in the UK, Australia and America will be co-ordinating global coverage of One Billion Rising on theguardian.com/women.

The US Supreme Court on Monday declined to examine the case of a man condemned to death in a trial in which police used hypnosis to bolster the memory of a key witness.

The case would have provided the highest court in the country the chance to pronounce on the use by some police departments of the use of the controversial method known as investigative hypnosis.

There won't be fewer guns in the Texas Capitol this legislative session. But there might be more firearms tucked away in boots, holsters, bags and desks under the pink dome, already reputed to be one of the most armed state capitol buildings in the country.

The recent armed insurrection at the U.S. Capitol and threats of right-wing extremist violence have prompted calls in some states to curtail legal weaponry in statehouses, but in keeping with Texas' embrace of firearms, no new rules are expected.