Researchers: Teens who text about condoms are more likely to use them 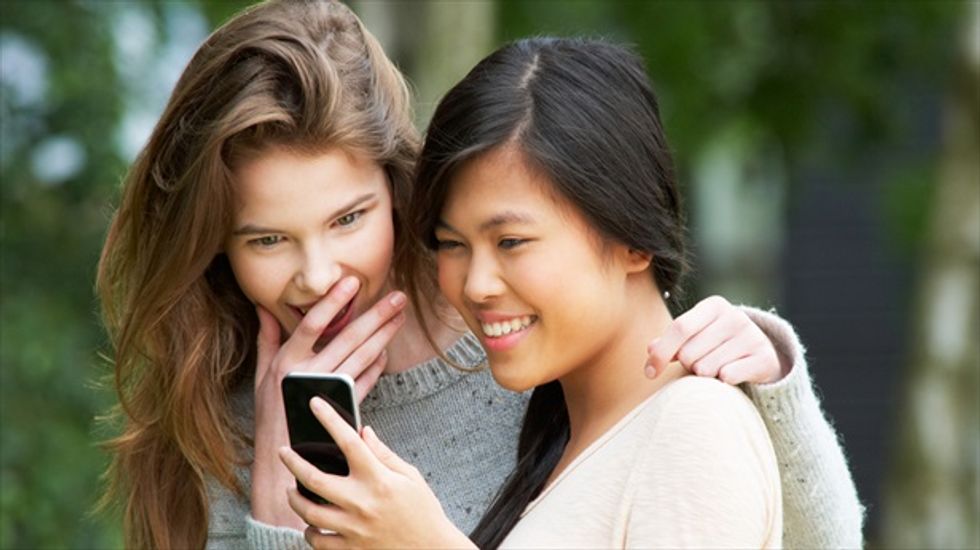 NEW YORK (Reuters Health) - High school students who discussed condoms or another form of birth control via text or other technology were almost four times as likely to use condoms when they had sex, a new study shows.

"Not all technology use is necessarily harmful," the study's lead author, Laura Widman, told Reuters Health.

"Although prior research and media attention has focused on the risks of technology use - like sexting, we found that adolescents might also use electronic tools to communicate about ways they might promote their sexual health," she said.

Widman studies adolescent sexuality at the University of North Carolina at Chapel Hill.

"It's not all about risky behavior. It might be another way that teens can have these conversations that can be a little bit awkward," she said.

Widman and her colleagues studied 176 U.S. high school juniors and seniors. Of the 64 who reported being sexually active, more than half admitted failing to consistently use condoms, the researchers wrote in the Journal of Adolescent Health.

Those numbers were in line with 2011 federal Centers for Disease Control and Prevention (CDC) statistics. While 47 percent of U.S. high school students reported having sex, 40 percent of those said they did not use a condom the last time.

In the current study, students who texted or used other private electronic technology to discuss either condoms or other forms of birth control were nearly four times as likely to use the prophylactics.

The odds of consistently using condoms more than doubled among students who reported discussing pregnancy or sexual limits with technology, the study found, although that result could have been due to chance.

"The technology as an intermediary may alter behavior," cyber-privacy expert Mark Rasch told Reuters Health. "In this case, it seems to be altering it for the good," he said.

"It could also alter it for the bad."

Rasch, who was not involved in the current study, has examined the dark side of digital communication as a former federal computer-crime prosecutor and now runs Rasch Technology and Cyberlaw. A father of two teenagers, Rasch has warned about the dangers of sexting, or sharing sexually explicit photographs.

"They're using technology as an intermediary, and the technology gives them some degree of separation," he said. "Anthony Weiner would never walk into a cocktail party, drop his drawers and say, ‘Look here.' But Carlos Danger, his cyber doppelganger, might," he said.

Weiner resigned from Congress after a sexting scandal.

More than nine million U.S. adolescents a year are diagnosed with sexually transmitted infections, according to the CDC. Research over the past 20 years shows that teenagers who communicate face to face with their sexual partners about condoms and other birth control are more likely to use condoms, Widman said.

Widman called for more studies to explore a link between technology and teen condom use.

"Using technology is another avenue young people have for communicating about difficult or potentially embarrassing topics, including sexual health," she said. "We need to understand this much better than we do now."