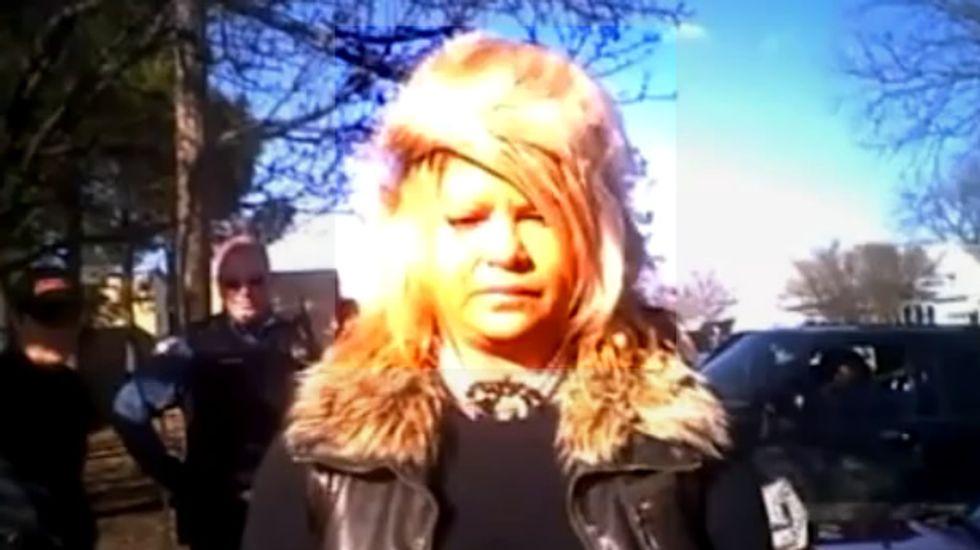 Police in Ada, Oklahoma arrested a substitute teacher outside of an elementary school for allegedly showing up to class falling down drunk.

When Michelle Childress arrived at Washington Elementary School, other teachers noticed the smell of alcohol on her breath and the fact that she could only barely stand up. They called police, and because they did not want her driving, prevented her from returning to her car until they arrived.

Childress, who had once taught full-time at the school, told police that she was at the elementary school because "they asked me to sub today so I did, I subbed, but only for a couple of hours."

When police asked her what she had taken in addition to alcohol, she claimed that "that’s it, I drank a little bit before I came."

"So you drank then you came up here to sub? That’s not too good of a decision," the police officer replied.

"No, but I mean, it’s not a bad decision," Childress said.

The officer replied, "it is a bad decision. You’re coming to a school intoxicated and trying to sub."

"No, I'm not intoxicated," Childress insisted.

"You are intoxicated," the officer replied. "You can't even stand up."

Police then arrested her on public intoxication charges. She refused a field sobriety test, but agreed to have her blood-alcohol level tested when she arrived at jail. Her results indicated that she was three times over the legal limit.

Childress is known locally for having appeared on an episode of The Dr. Phil Show in which she admitted to having a "phobia" that caused her to become violently ill when she saw obese people eating.

Watch KFOR's coverage of the incident, including footage of the arrest, below.

Bizarre MAGA riot case: QAnon fan who thought he was storming the White House gets home confinement – but lives in an RV

Kelly, 58, of Ocala, FL was sentenced today by a federal judge to 60 months home confinement, but he “currently lives in a recreation vehicle that he uses to commute between Florida and New Mexico, where he is working to provide medical services to under-served communities,” it was reported at the Fox 35 Orlando TV station.