Ted Nugent on Twitter: If Wolf Blitzer is a journalist, I'm a 'gay pirate from Cuba' 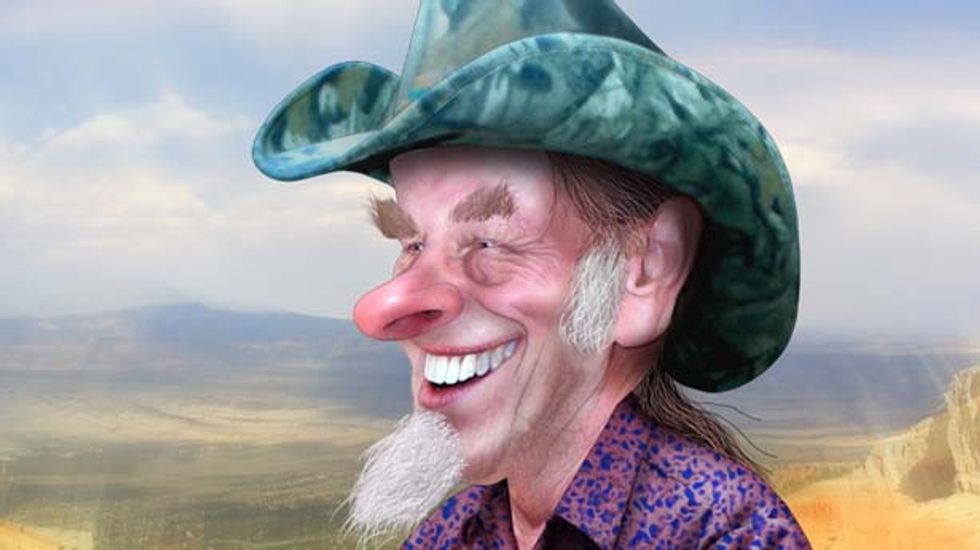 Responding to criticism from CNN's Wolf Blitzer about his use of Nazi rhetoric when talking about President Barack Obama, rocker Ted Nugent lashed back  at Blitzer  today stating that, if Wolf Blitzer is a journalist, he is a 'gay pirate from Cuba.'

According to Oliver Willis at Media Matters, Nugent is denying that he has a history of making bigoted and misogynistic comments, stating: "All the negative stuff is dishonest, all the really wonderful stuff is accurate."

Nugent has become the focus of Texas Attorney General Greg Abbott's campaign for governor in the past few days due to his colorful history and statements.

On Tuesday's broadcast of Wolf, Blitzer wondered  if Nugent was aware that the term 'subhuman mongrel' can be traced to the writings of Nazi propagandist Julius Streicher who wrote: ‘The Jew is a mongrel. He has hereditary tendencies from Aryans, Asiatics, Negroes, and from the Mongolians. Evil always preponderates in the case of a mongrel."

@WolfBlitzer is a journalist & Im a gay pirate from Cuba