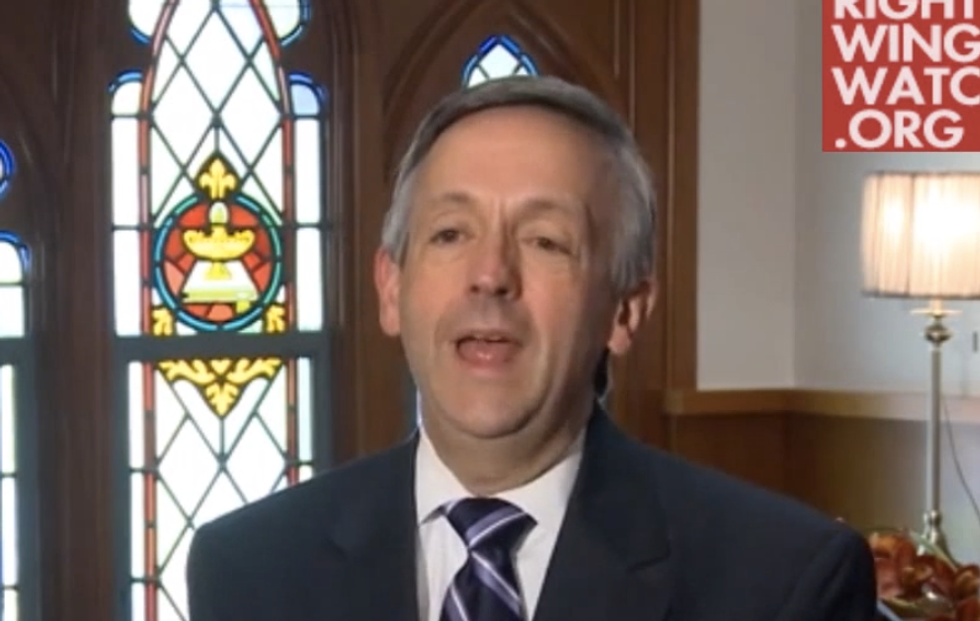 In an interview on Wednesday, Texas conservative pastor Robert Jeffress said in an interview that acceptance of same-sex marriage in the U.S. will doom the country to failure and collapse. Right Wing Watch reported that Jeffress said, "No nation can survive that condones what God has condemned."

Jeffress was responding to Wednesday's decision by Texas federal District Judge Orlando Garcia's that the state's restrictions on same-sex marriage are unconstitutional. The interview took place before Arizona Gov. Jan Brewer (R) made her historic veto of that state's anti-LGBT "religious liberty" bill.

Marriage, said Jeffress, is not a constitutional right.

"If the right to marriage were a constitutional right," Jeffress said, "then siblings could get married to one another, 15-year-olds could marry one another. Our nation has always recognized the right of states to regulate marriage for the common good."

The Bible, he said, specified that marriage should be between one man and one woman "and any deviation from that, whether it's adultery, premarital sex, un-Biblical divorce, or homosexuality is wrong."

"As a nation, we can not be blessed by God when we're rejecting God," the pastor concluded.

Also on Wednesday, in a separate appearance, Jeffress warned that American Christianity is finding itself at the mercy of "godless, immoral infidels who hate God."

Furthermore, he predicted that once all of the anti-LGBT legislation has been struck down, pastors like himself will be imprisoned under new laws against "hate speech."