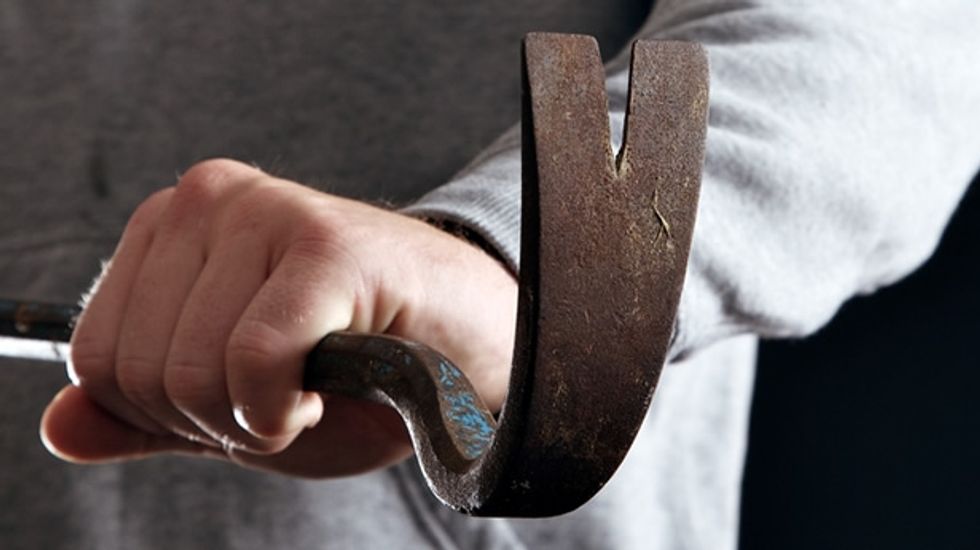 Four underage teens -- three boys and one girl -- in Portland, Oregon were arrested on kidnapping and assault charges after they allegedly lured a bully into a shed and tortured him for calling a classmate "gay."

According to the arrest report, the ring-leader was a 14-year-old boy who was upset that the victim had called another student "gay" on Facebook. The other attackers were similarly perturbed, and believed that their actions would be "an act of revenge."

The victim -- who court records indicate came from a broken home, and had been raised by his grandparents and other relatives -- is said to have been lured to the shed with promises of drugs and sex.

The 15-year-old girl and the victim were both students at David Douglas High School, and she is said to have acted as the "bait." Police say that "[s]he stated that they had all discussed a plan the previous evening to lure him over to torture him and agreed that she had also demanded that he get a skateboard for her."

When the victim arrived at the shed, instead of drugs and sex, he was set upon by all four of the teens, one of whom hit him in the head with a crowbar. Then one of the teens -- court documents don't specify which one -- held a handgun to the victim's head and ordered him to take off his shirt.

He did so, and the teen shot him in the chest, hand and groin with what turned out to be a BB gun. The teens also forced him to eat cat feces and carved a swastika in his forehead.

After he begged to be released, the teens let him go on the condition that he returned with drugs. Instead, he ran to an automotive shop and called 911.

Watch a report on the incident from KATU below.

["Housebreaker Holding A Crowbar Ready To Steal" on Shutterstock]