Comedian Zach Galifianakis asks Obama: 'What's it like to be the last black president? 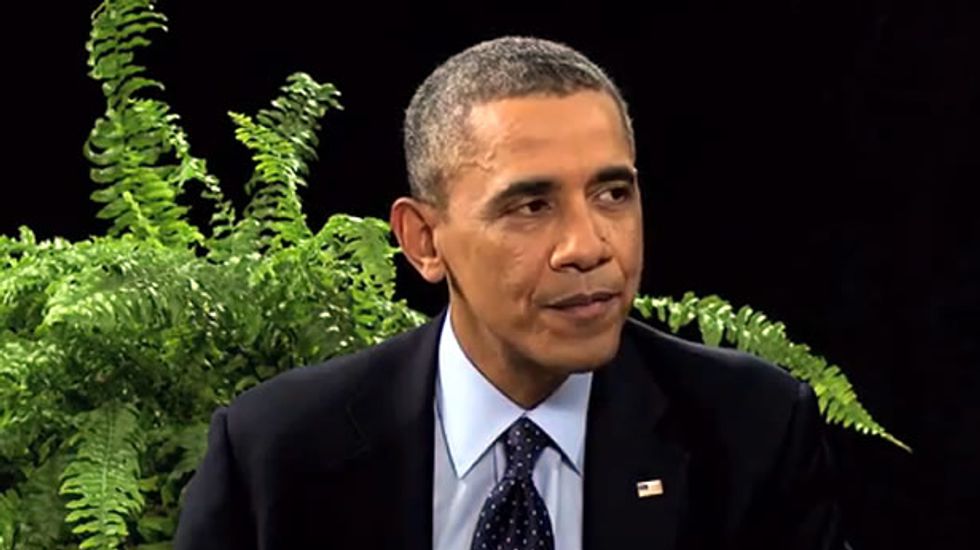 President Barack Obama joined actor Zach Galifianakis on Between Two Ferns this week for a conversation that was -- as is par for the course with Galifianakis -- alternately hilarious and uncomfortable.

The interview began with the president needling Galifianakis, saying that "when I heard that people actually watch this show, I was actually pretty surprised." Obama went on to express his admiration for Galifianakis's co-star in The Hangover.

"I've seen the show before, and some of the episodes were definitely better than this," Obama said. "Like the one with Bradley Cooper, that was definitely a great show."

Galifianakis responded testily, asking Obama, "what is it like to be the last black president?"

"What’s it like for this to be the last time you ever talk to a president?" Obama shot back.

"Do you think a woman like Michelle would have married a nerd? Why don't you ask her whether she thinks I'm a nerd," the president responded.

"Fine," Galifianakis replied. "What did you come here to plug?"

"First of all, it's fair to say that I wouldn't be here with you today if I didn't have something to plug," the president said, before starting to discuss the Affordable Care Act.

After a minute of discussing Healthcare.gov, Galifianakis interrupted the president, asking, "is this what they mean by drones?"