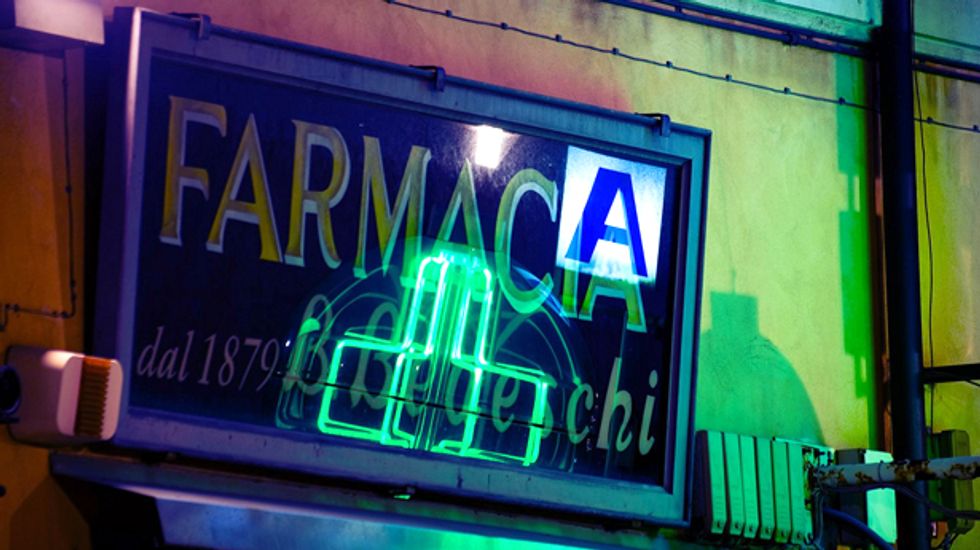 Faced with the prospect that they may be raped by their guides - also called 'coyotes' - or fellow travelers as they cross border and travel through the desert, women crossing illegally into the United States have turned to birth control injections to avoid becoming pregnant by their rapist.

Writing for Fronteras, Jude Joffe-Block interviewed several women along the border who have recently tried to cross the border looking for work or to join their husbands, parents, or children already in the country.

“What can I do in case I’m raped, and I don’t want to get pregnant?,” Peña repeated in Spanish. “What can I use?”

Peña advises getting an injection for 48 pesos - less than $4 - that protects women from pregnancy for a month and is available in Mexico without a prescription.

Sometimes, Peña explains,  it is the coyotes who suggest their female clients go on birth control.

Maria Salinas, a 43-year-old who recently tried crossing with her 18-year-old daughter, stated that a guide offered her and other women birth control pills before they began their journey.

“Because the coyotes know what they are going to do in the middle of the desert,” she said in Spanish.

Salinas described how she fell behind during the rip and couldn't keep up. One coyote volunteered to wait for her on the condition that she let him have sex with her daughter.

“If I gave him my daughter, then he’d wait for me,” Salinas said

When she refused, she was abandoned in the desert only to later be rescued and returned to Mexico by the Border Patrol.

“It’s awful,” Salinas said about illegally crossing the border as a woman. “I wouldn’t wish it on anyone.”

Crossing over long stretches of desert on both sides of the border puts women at risk since there is no authority to protect them from assault or from being abandoned after paying thousands of dollars for guided passage into the United States.

In rare cases, where women have been assaulted on the U.S. side of the border, U.S. authorities have arrested and prosecuted their assailants after proving the assault happened within their jurisdiction.

In the case of a 14-year-old girl identified as 'L' who had been raped by a coyote known as "El Viboro," or The Snake, authorities were able to prove that she was assaulted twice on the Arizona side, allowing the Santa Cruz County Attorney’s office to prosecute him.

“We have a brave young girl who was able to speak up, we have members of the group who witnessed the crime and we have this alleged rapist in our custody,” Border Patrol public information officer Peter Bidegain said. “So everything lined up for us in this case.”

Still, in most cases,  women are afraid to report such incidents not wanting their families to know, fearing reprisals from the Mexican gangs controlling the border crossing, or going to the American authorities and facing the prospect of being sent back to Mexico after their ordeal.