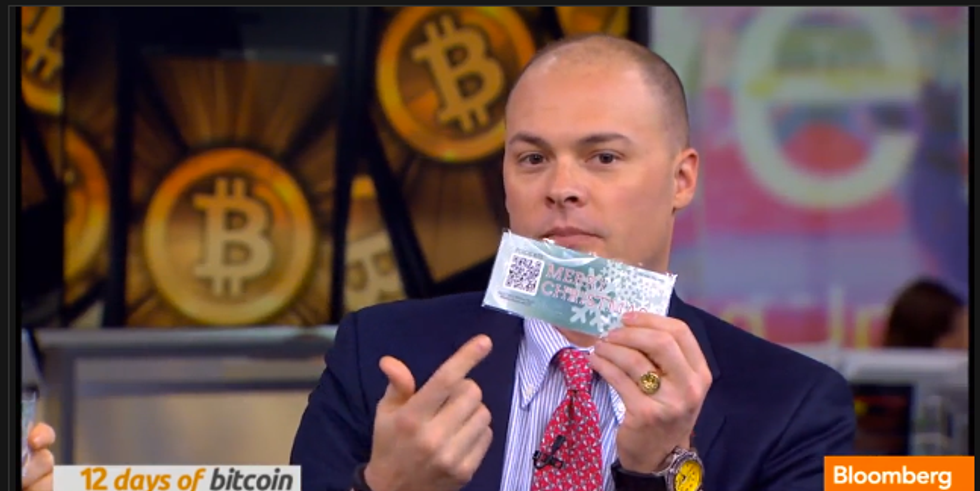 A US financial regulator warned consumers Tuesday that using the online currency Bitcoin is fraught with risks including theft by hacking and fraud.

The Financial Industry Regulatory Authority issued the general warning amid a spate of scandals involving the digital currency, which has rocketed in popularity and been the focus of much speculation over the past two years.

"Platforms that buy and sell bitcoins can be hacked, and some have failed. In addition, like the platforms themselves, digital wallets can be hacked. As a result, consumers can ? and have ? lost money."

The agency, which regulates the securities industry, said digital wallets, where users hold their Bitcoin on computer files, are vulnerable to theft and have none of the legal protections and guarantees that depositors in US banks and credit unions enjoy.

Bitcoin transactions -- designed to transfer funds between two parties without a bank or other intermediary -- are also subject to fraud and robbery, and are irreversible, FINRA added.

It also pointed to the use of Bitcoin in money laundering and drug payments. The agency said that exchanges involved in such activity could be shut down, costing other users not involved in illegal activity.

FINRA noted the closure of Japan-based Mt Gox, once the largest Bitcoin exchange which said it had been robbed of nearly half a billion dollars' worth of the digital currency, most of it clients' money.

Mt Gox filed for bankruptcy protection in Japan at the beginning of this month and in the United States on Monday.