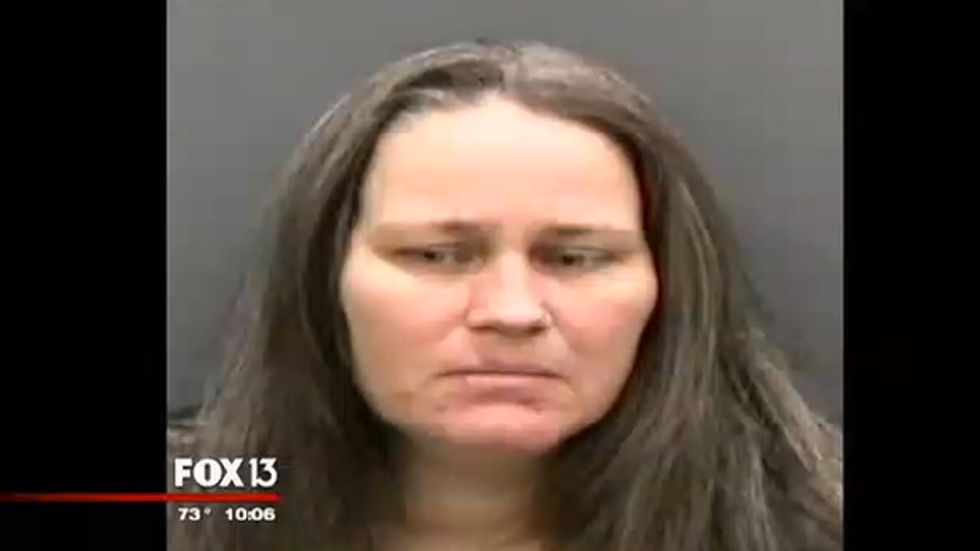 A Hillsborough, Florida, man and woman are in jail after police went to their home and discovered two of their eight children suffering from physical abuse and severe malnutrition after being denied food by the couple.

Police say that Hicks called them on Tuesday to report her 13-year-old and 10-year-old children missing.

Police discovered the pair, who had run away from home, walking along the side of U.S. 41.

In the course of their investigation, the police discovered two teenaged twin boys in the home suffering from severe malnutrition and physical abuse.

Speaking with the other children, Tampa Bay police put together a story of torture and abuse that police described as "cruel and bizarre" with the mother abusing the children while their stepfather stood by.

"They had been slapped. They had been choked to the point where they couldn't breathe. They had been kicked, punched in the stomach. Their head had been held underwater. They were forced to eat old and moldy food," said Laura McElroy, a Tampa Police spokesperson, adding the abuse was severe and exceedingly cruel. "When they would throw [their food] up, their mother would then make them eat their vomit."

"The stories that came spilling out were truly chilling."

Neighbors told investigators that the children were rarely seen outside and were home-schooled.

One neighbor expressed surprised at the existence of the twin sixteen-year-olds who had to be hospitalized due to severe malnutrition, with one boy weighing 84 pounds while the other weighed 93 pounds.

According to police, the boys should have weighed 135 pounds.

All eight children have been placed into foster homes while the parents may face additional charges of abuse as the investigation continues.

Video below from MyFox, Tampa Bay