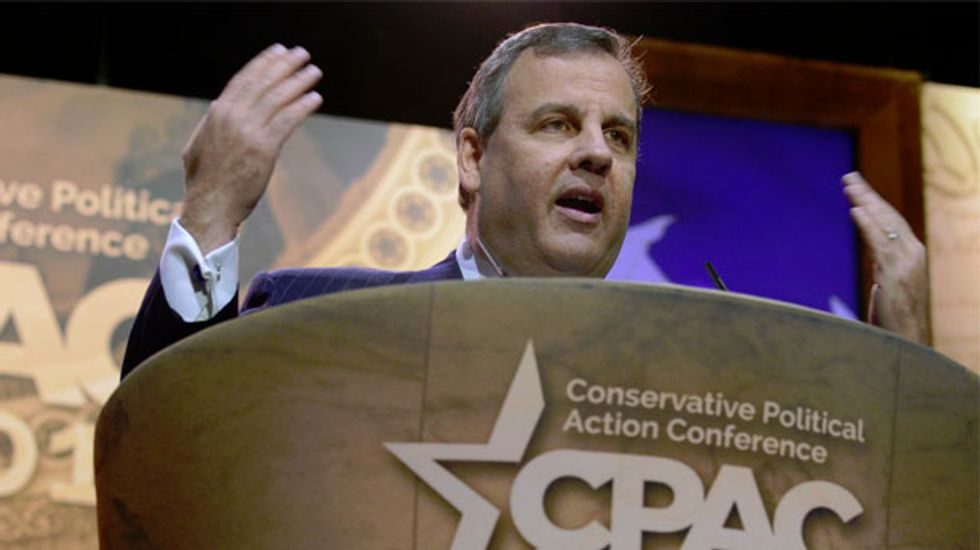 NEW YORK (Reuters) - A review commissioned by New Jersey Governor Chris Christie into a traffic scandal apparently orchestrated by former staffers in his administration found the popular Republican and possible presidential contender had nothing to do with the scheme, the New York Times reported Monday.

After two months, 70 interviews and more than $1 million in legal fees paid by New Jersey taxpayers, the internal review is complete and has found no evidence Christie was involved with planning or directing the lane closures which snarled traffic in the borough of Fort Lee, New Jersey, according to a report published in The New York Times.

Christie found himself engulfed in controversy earlier this year after emails revealed that two of his senior aides had called for lane closures leading to the busy George Washington Bridge last September, apparently as political retribution against a Democratic mayor who didn't endorse the governor's re-election.

New Jersey lawmakers and the U.S. Attorney's office in New Jersey announced parallel investigations into the closures, and Christie, who has maintained that he was "blindsided" by his staff's involvement, hired a private law firm to conduct his own review of what had occurred.

The results of the review are expected to be met with skepticism because the investigation was commissioned by the governor and was carried out by the private law firm Gibson, Dunn & Crutcher LLP, which has close ties to the Christie administration, the newspaper said.

The attorney leading the review, Randy Mastro, a deputy mayor under former New York City Mayor Rudy Giuliani, said attorneys had unprecedented access to the governor and his office's internal communications and records. Mastro said Christie handed over his iPhone, telephone records and allowed investigators to search his private and government email accounts.

However, the review did not have access to three of the scheme's central figures, including Bridget Anne Kelly, the governor's former deputy chief of staff who apparently kicked off the lane closures by sending an email that read "time for some traffic problems in Fort Lee."

It is not known whether the investigation will give insight into questions of whether Christie condones a culture of intimidation. The outspoken Republican has been accused of being a bully.

A New Jersey Democrat helping to lead the state probe into the lane closures, Senator Loretta Weinberg, called the review "too little, too late."