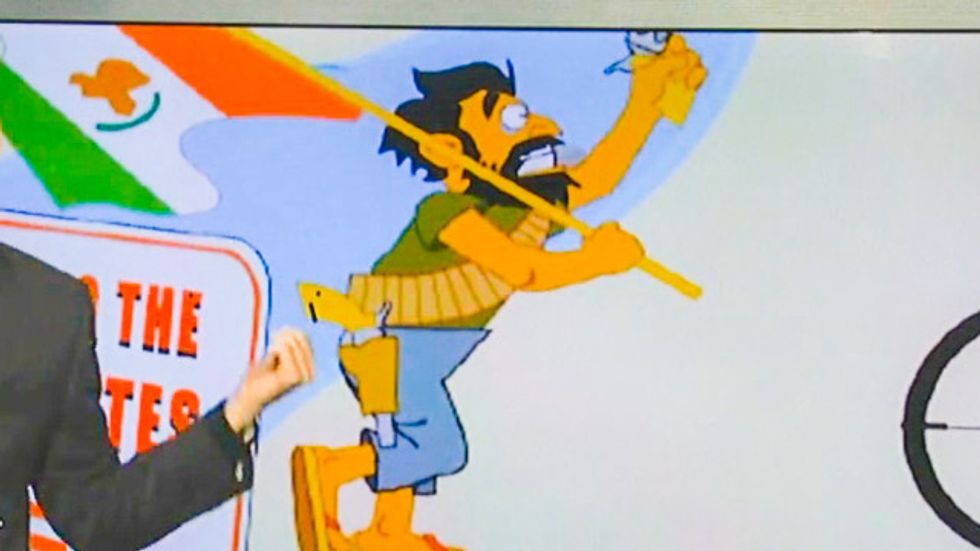 The Department of Justice has accused deputies at one North Carolina sheriff's office of sharing a video game that allows the player to kill pregnant immigrants and other "wetbacks."

Documents filed by the U.S. Department of Justice this week indicated that deputies, including some in leadership positions, in Alamance county emailed links to the video game, The Associated Press reported on Wednesday.

"Captain Mario Wiley emailed several other ACSO employees a link to a game premised on shooting stereotypical Mexican figures, including pregnant women and children, as they attempt to cross the U.S. border," the document explains. “Blood splatters on the screen as the figures are shot, and the final screen of the game shows how many ‘wetbacks’ one has killed.”

The Justice Department also found that deputies told each other racist jokes while discussing the video game over email.

"Sergeant Darryl Myers and Lieutenant Wesley Anderson each forwarded an email joking that when Davey Crockett saw ‘hordes of Mexicans’ approaching the Alamo, he asked ‘are we having landscaping done today?’" the motion notes.

"Makes you feel better anyway, I did my part today, I kept several from coming over!!!" one deputy allegedly wrote after killing virtual immigrants in the game.

The Justice Department argued that Alamance County Sheriff Terry Johnson's failure to stop deputies from sharing the game was part "a total lack of discipline for expressing anti-Latino sentiment."

In December, the DOJ filed a lawsuit against Johnson after two studies determined that Hispanic drivers were six times more likely to be stopped in Alamance County. Lawyer for the DOJ moved on Monday for a summary judgement, saying that the volume of evidence made a trial unnecessary.

Watch the video below from WFMY, broadcast March 5, 2014.