Pat Robertson on marrying first cousins: 'Go for it,' but don't have 'mongoloid' kids 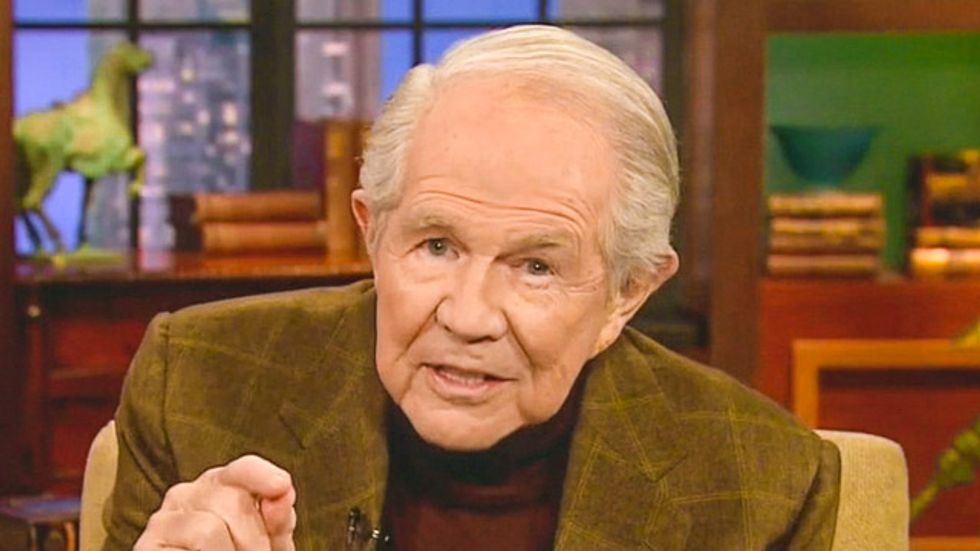 Televangelist Pat Robertson on Tuesday gave his viewers permission to marry their first cousins as long as they did not have "mongoloid" children.

"A close friend of mine believes that the person God wants her to marry is her first cousin," a viewer explained in a letter to Robertson. "There is clear, powerful call of the Lord on both their lives. What do you think?"

"Kissing cousins! Hey, hey!" Robertson replied. "I don't know anything in the Bible that says there's a problem about marrying first cousins. Now, look, here's the deal. If there are recessive genes and there are something in the family that would come out if those two recessive genes come together, they might wind up with children that got some kind of disability."

"Other than that, there's no problem," he continued. "There's nothing in the Bible that says you can't marry your first cousin. Here you say everybody's in favor of it. Alright, go for it."

But the TV preacher added a final warning to "check the genetics."

"You don't want to have some mongoloid child," Robertson noted, but immediately admitted that he shouldn't use the term.

"There are all kinds of latent genes that don't show up unless two latents come together, and then you have a problem."

The term "mongoloid" refers to physical traits found in parts of Asia, but it was used up until the 1970s to describe people with Down's Syndrome. The term is now considered to be a racial slur by many.