R.I.P. Bartcop: The passing of a modem, a smart mouth, and the truth 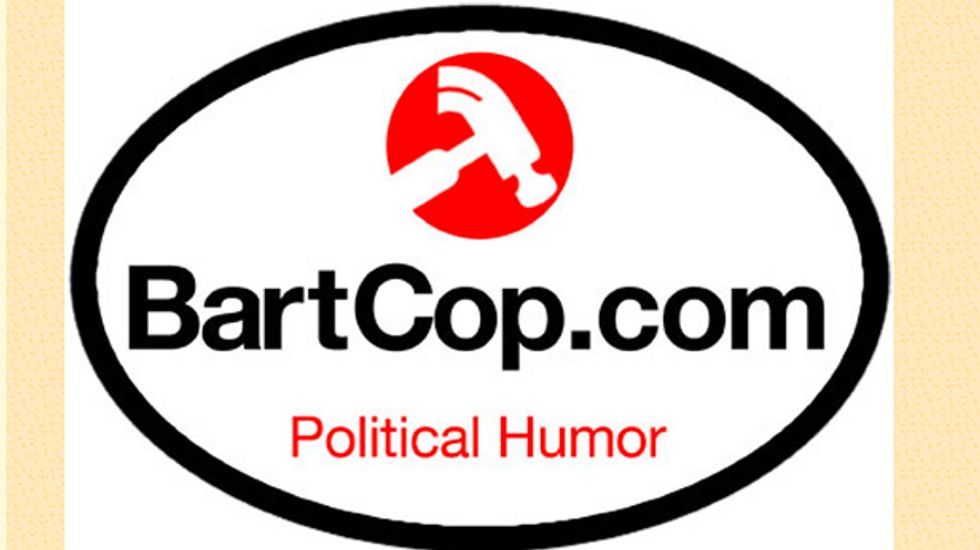 Way back in the dewy early days of the Internet, back when it was still the World Wide Web and people actually prefaced a website address by saying "W-W-W", there were not many places that were readily available to rage against the machine, indulge in the growing art that came to be known as 'snark', and generally vent at the world.

For some there were bulletin boards or listservs, where like-minded people congregated and traded stories and quips and information that was gleaned from between the lines of what eventually became known as the 'Mainstream Media.'  Speaking for myself, a cheery group of us lived daily on Salon's Table Talk, which you might say became the training ground for more than a few "somewhat popular bloggers."

And then there was Bartcop.com.

Bartcop was a snarky, no-holds barred, riotous - at times mean-spirited, but never untruthful - oasis of hilarity and vitriol, where politicians and a compliant media  were called out for their bullshit. Along with Media Whores Online ('The Horse"), no journalist was ever again safe from having their stories fact-checked online and then held up to ridicule.

Bartcop was the brainchild of Terry R. Coppage, based out of his beloved and sometimes mocked Tulsa, Oklahoma home.  Terry was fearless in a way that other media critics couldn't be for a simple reason: he wasn't angling to move up the fawning beltway food chain with a guest spot at The Washington Post. He didn't pull punches and he called bullshit for what it was: "bullshit."

The site was crude, the graphics sometimes even cruder (I have a special place in my heart for his animated gif of Tim Russert repeating "Clinton's cock" over and over and over again), but most importantly  it dispensed with the niceties with a wicked grin with a well-placed deflating shiv between the ribs.

Terry Coppage, "Bartcop," passed away this past Wednesday due to complications from the  flu, pneumonia, and leukemia at the age of 60.

Before Terry passed away he wrote a last post to go up in the event of his passing or inability to write again.  You can read it here.

Terry left behind a wife with a mortgage and medical bills that she can't handle. He asked, after years of giving it away for free on Bartcop, for his readers to help her out with donations in this time of sorrow and need.

We here at Raw Story, and speaking personally for myself, encourage everyone to help her out to the best of your ability.

Without Terry "Bartcop" Coppage, many of us never would have started the blogs and websites and even moved up the Beltway food chains if it weren't for him showing us the way. What you're reading here is because of him.

Terry Coppage was a pioneer, and he will be greatly missed...