Rachel Maddow: Why would Chris Christie care that his ex-staffer calls people 'idiot'? 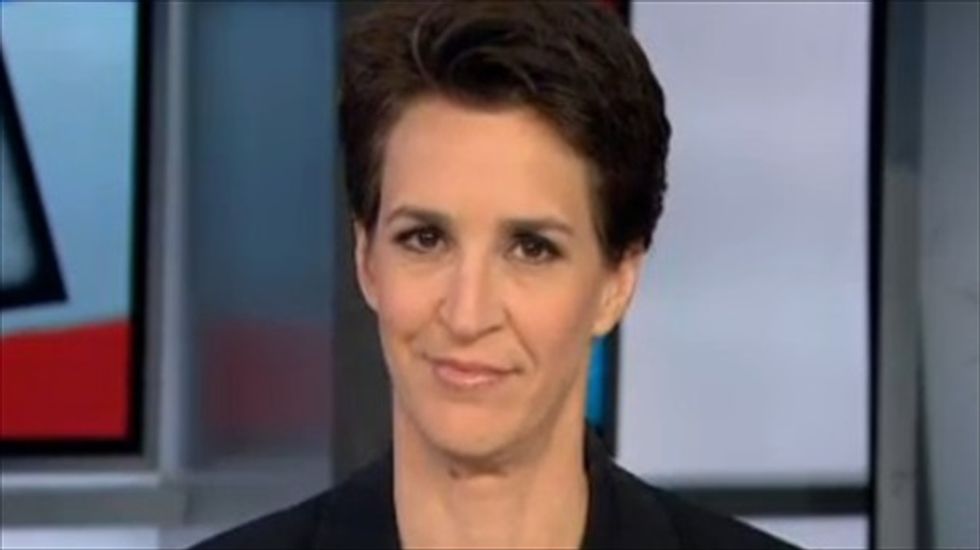 The behavior of New Jersey Gov. Chris Christie's (R) former campaign manager toward both state and federal investigators suggests there was more to his firing than concerns about the tone of his emails, MSNBC host Rachel Maddow said on Tuesday.

Maddow pointed out that the attorney representing Bill Stepien, who managed Christie's successful gubernatorial campaigns before being fired in January, filed court documents describing Stepien as the subject of a federal probe.

"If your case for why you're not complying is 'cause you dislike the legislature, you dislike the specific legislators who are leading the investigation or you suspect their motives somehow," Maddow said. "But if you're refusing to cooperate with the FBI and federal prosecutors? There is something that needs explaining there beyond the 'subjective tone' of the word 'idiot' used once in a New Jersey email."

It was that "tone and behavior of callous indifference" that Christie used as justification for terminating Stepien's employment amid the investigation into the closures. But Maddow pointed out that, unlike Kelly, Stepien's reported involvement in the closures was relatively limited; he was copied onto a few of the messages between Christie staff members and called Ft. Lee, New Jersey Mayor Mark Sokolich -- who was initially presumed to have been targeted by the closures -- an "idiot" in one of them.

But, Maddow also played various clips showing Christie having no problem using the same insult against members of both the press and the public.

"New Jersey Governor Chris Christie calls people 'idiot' all the time -- to their face," Maddow said. "Particularly if there are cameras rolling. But, now we're supposed to think that that kind of language is a firing offense."

Watch Maddow's commentary, as aired Tuesday on MSNBC, below.