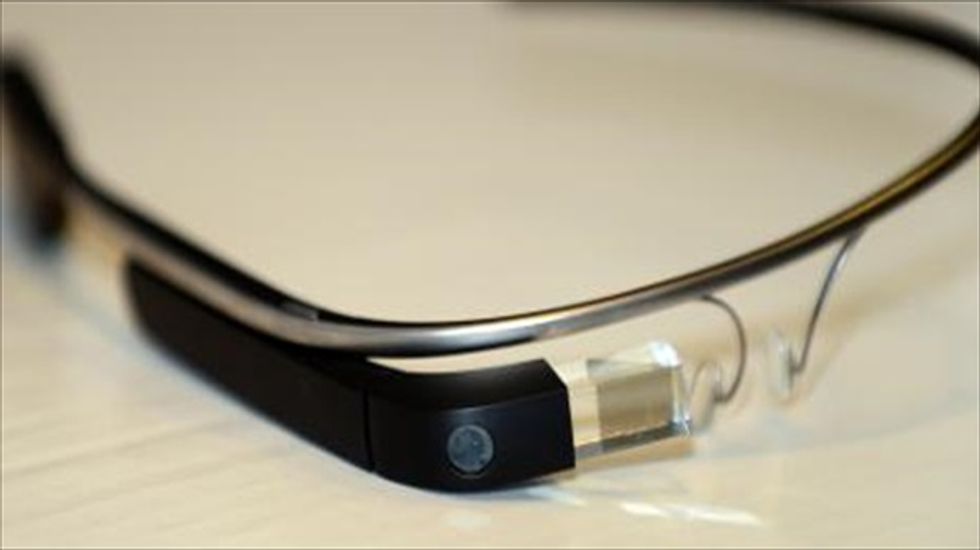 Google Glass is displayed at the USC's Annenberg School for Communication and Journalism on Aug. 27, 2013 [AFP]

Luxottica, the maker of Ray-Ban sunglasses, has struck a deal to design, develop and distribute glasses based on Google's Internet-connected Glass eyewear, potentially bringing the new technology to a wider market.

Google Glass is a small stamp-sized screen attached to a pair of spectacle frames. It can record video, access email, and retrieve information from the Web by connecting wirelessly to a user's cell phone.

Italy's Luxottica said on Tuesday its two major brands, Ray-Ban and Oakley, would be part of the deal, but gave no financial or other details.

"We believe that a strategic partnership with a leading player like Google is the ideal platform for developing a new way forward in our industry and answering the evolving needs of consumers on a global scale," Luxottica Chief Executive Officer Andrea Guerra said.

Guerra told la Repubblica newspaper that the new glasses would be ready to hit the market in 2015.

Many technology experts believe wearable computers such as Google Glass will be the next big market for consumer devices, and could mirror the way smartphones evolved from personal computers.

However, some express concern over issues such as privacy intrusion, data security and the safety of wearing Internet-connected glasses while performing other tasks.

Luxottica shares were up 3 percent Tuesday morning at 40.15 euros, compared with a 0.9 percent rise in Italy's benchmark stock index.