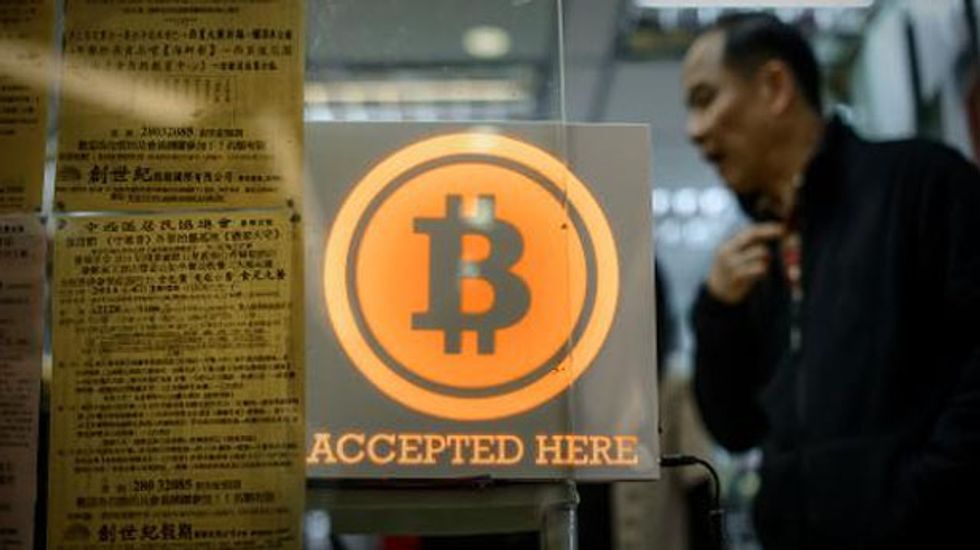 Newsweek said Thursday it had found the enigmatic creator of the online currency bitcoin, a reclusive Japanese-American physicist and model train fan whose name is actually Satoshi Nakamoto.

After years of speculation that the name was a pseudonym for another person or a collective, a Newsweek reporter said 64-year-old Dorian S. Nakamoto, who lives in a modest two-story home in suburban Los Angeles, is the creator of the crypto-currency that has rocked the banking world.

Nakamoto did not admit to being behind the online phenomenon that, since its launch five years ago, has sparked enthusiasm as a financial revolution and scandals over its use to trade drugs and launder money.

And he called the police when the magazine's reporter knocked on his door.

But the magazine said the man, whose quiet career often involved classified work as a systems engineer for the US government and private companies, tacitly acknowledged his role.

"I am no longer involved in that, and I cannot discuss it," he said. "It's been turned over to other people."

In a scoop that heralds the relaunch of its print edition on Friday after two years only online, Newsweek said Nakamoto was born in Japan in 1949 and immigrated to the United States 10 years later.

He studied physics at California State Polytechnic University and worked for a number of different companies, but has apparently not had a steady job since 2002.

He spends much of his time on his model train hobby -- and has apparently not tapped the millions of dollars of bitcoin wealth Newsweek says comes from authoring the computer code behind it.

His family -- including two younger brothers who are also scientists -- did not know of his link to bitcoin.

"He's a brilliant man," his brother Arthur Nakamoto told Newsweek. "He's very focused and eclectic in his way of thinking. Smart, intelligent, mathematics, engineering, computers. You name it, he can do it."

But they described a man with a deep libertarian streak, intensely private and distrustful of the government and banks.

Ilene Mitchell, one of Nakamoto's six children from two marriages, said he taught her while growing up to "not be under the government's thumb."

Nakamoto's 2008 manifesto for bitcoin stressed the need for an online, electronic cash system that did not go through a financial institution, which requires both trust in the institution and payment for its role as an intermediary.

"What is needed is an electronic payment system based on cryptographic proof instead of trust, allowing any two willing parties to transact directly with each other," he said.

Analysts have called his structure brilliant in the way it issues bitcoin without a central bank authority, and keeps a record of transactions but also protects users' anonymity via distributed computing.

Gavin Andresen, chief scientist of the Bitcoin Foundation, said he had corresponded online with a man called Satoshi Nakamoto over one year as they refined the computer code that underpins the currency.

He never spoke on the phone to Nakamoto and did not learn anything about his personal life.

"He went to great lengths to protect his anonymity," Andresen told the magazine. "All we talked about was code."

The success of that code has made many wealthy: after trading for cents per bitcoin for the first two years of its existence, in 2011 it began to gain strength as online users increased, rising to $40 a coin by the end of 2012.

Then last year investors and speculators poured in, driving it over $1,100 a coin before falling off to the current $650 level.

With the writers of the original code all having been paid in bitcoin, Newsweek said Nakamoto is now likely worth $400 million.

Newsweek published a picture of Nakamoto and his home and car, a Toyota Corolla, in Temple City, California, east of downtown Los Angeles.

Readers fiercely blasted the author, Leah McGrath Goodman, for revealing the identity and whereabouts of someone who wanted to remain private.

Goodman defended the article, saying via Twitter that "this man invented something that shaped the world."

"We felt showing he lives humbly, despite his achievement, was both telling and inspiring."