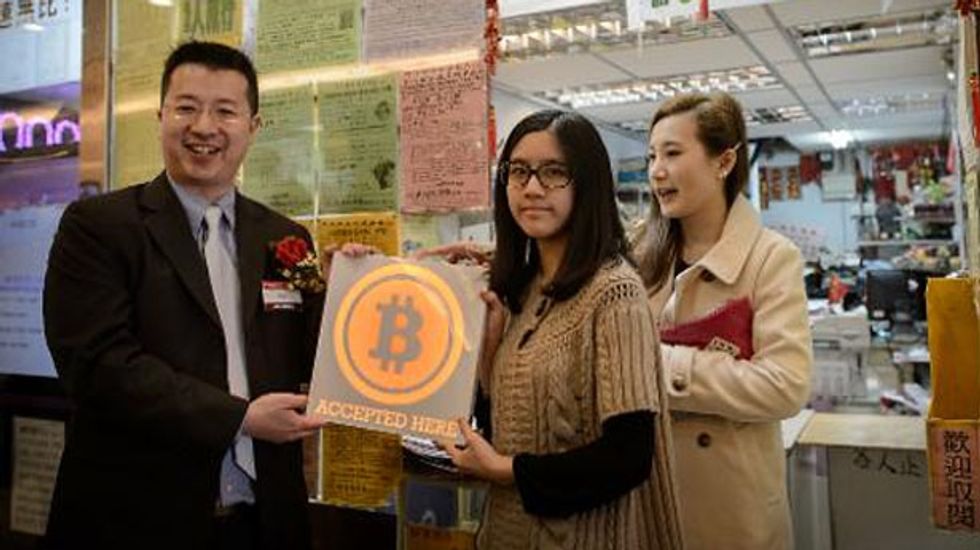 Singapore's central bank said Thursday it will regulate "intermediaries" for the Bitcoin virtual currency to prevent them from being used for money laundering and terrorist financing.

Intermediaries such as Bitcoin exchanges and operators of vending machines were "particularly vulnerable" to being used for such purposes, the Monetary Authority of Singapore (MAS) said in a statement.

MAS said it will introduce regulations requiring middlemen that "buy, sell or facilitate the exchange of virtual currencies for real currencies to verify the identities of their customers and report suspicious transactions".

The requirements will be similar to regulations imposed on money changers and remittance agencies that deal with cash transactions, the central bank added.

"Singapore, like most jurisdictions, does not regulate virtual currencies per se, as these are not considered as securities or legal tender. MAS' regulation of virtual currency intermediaries pertains specifically to the money laundering and terrorist financing risks they pose," it said.

Singapore, a regional financial hub, will be one of the first countries to regulate virtual-currency exchanges and ATM operators, according to the central bank.

Zennon Kapron, the Shanghai-based managing director of Kapronasia, a consulting firm which deals with Bitcoin issues, has said that Singapore's openness to new payment methods, talent pool and established status as a financial centre made it attractive for Bitcoin firms to operate, along with Hong Kong.

But Bitcoin has suffered a number of setbacks in Asia.

Tokyo-based MtGox, one of the longest-established Bitcoin exchanges, has collapsed due to a suspected theft worth nearly half a billion dollars.

Late last month, Autumn Radtke, the 28-year-old American boss of a Singapore-based Bitcoin exchange, was found dead at the base of an apartment block in the city-state, with police recording an "unnatural death".