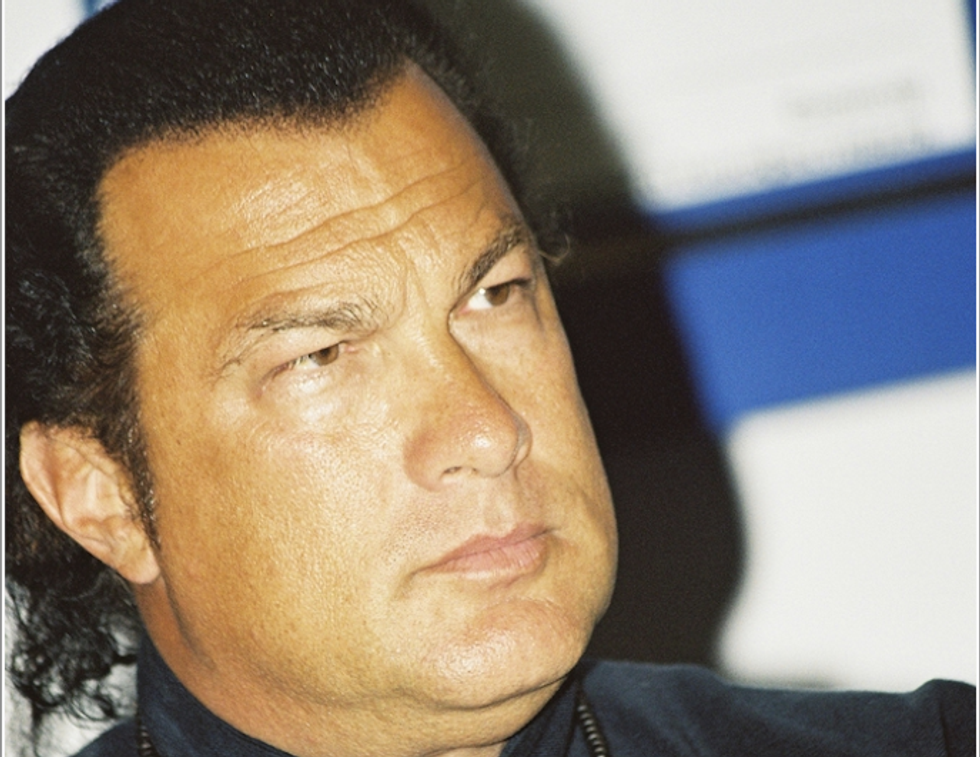 Action movie star Steven Seagal said in an interview with the Moscow Times that he is in favor of Russia's military action in Crimea and that he may someday emigrate to the former Soviet Union.

According to Atlantic magazine's The Wire blog, Seagal called Putin "one of the great world leaders" and said he "would like to consider him as a brother."

While the action star's fortunes have faded somewhat in this hemisphere, in Russia, Seagal is still a huge star. Of late, he has befriended wealthy Russian oligarchs who have convinced him to support Putin's aggression against Ukraine.

In an interview on the set of a movie he was filming in Romania, Seagal told Russian media that he backs Russian President Vladimir Putin's "desire to protect the Russian-speaking people of Crimea, his assets, and the Russian Black Sea military base in Sevastopol...is very reasonable."

Seagal called the current U.S. policy in the region "idiotic."

Putin and the American actor reportedly bonded over Putin's love of martial arts. Seagal told the Times that he will assist the Russian leader in a Soviet-style initiative promoting physical fitness in Russia called "Ready for Labor and Defense."

When asked if he would ever consider relocating to Russia, Seagal said that "sometime" he may apply for Russian citizenship.

The one-time box office champion has seen his ability to fill stateside movie theaters slump in recent years. The ponytailed actor has carved out a niche for himself as a conservative provocateur, penning columns for "Birther" conspiracy hub World Net Daily and making appearances on behalf of Arizona Sheriff Joe Arpaio, who has been charged by the federal government with unfairly targeting Hispanics and immigrants in the name of enforcing immigration laws.

[image of Steven Seagal via Shutterstock.com]