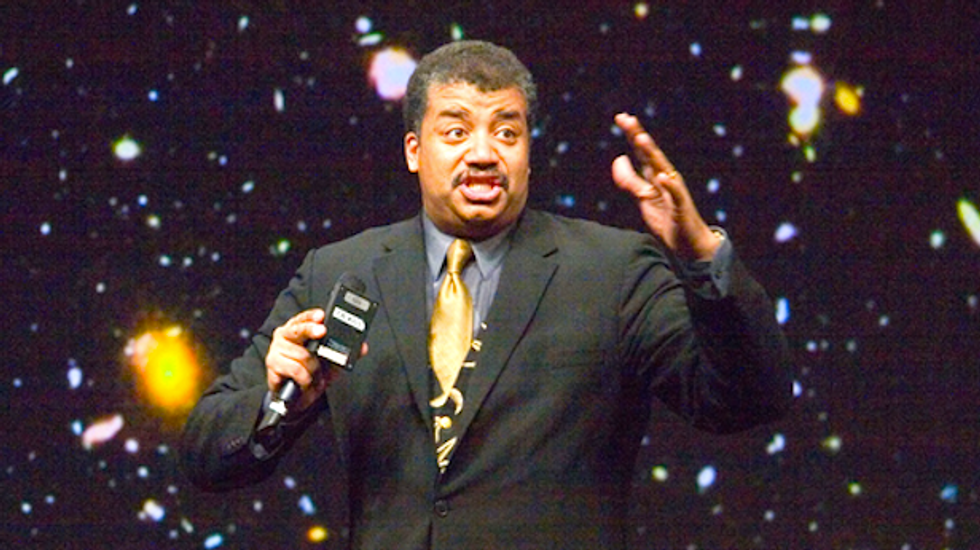 Starting with the destruction of Alderaan by the Death Star in "Star Wars IV -- A New Hope," deGrasse Tyson explains that, "If the Death Star can pump enough energy into a planet, it will blow up a planet just the way it is shown. With all debris flying, scattered, into space."

Turning to the destruction of Vulcan by  "red matter" in the J.J. Abrams' "Star Trek", deGrasse Tyson says that "Holding aside [the unlikeliness] of red matter" the depiction of the creation of a black hole is accurate.

As for the destruction of the planet Krypton in "Superman", he explains that planet "implodes" due to over-mining.

"Here are people who have super-powers and super-everything and they don't know that they are over-mining their own planet?" he asks. "You can destabilize a planet if you make swiss cheese out of its innards, that's clear."