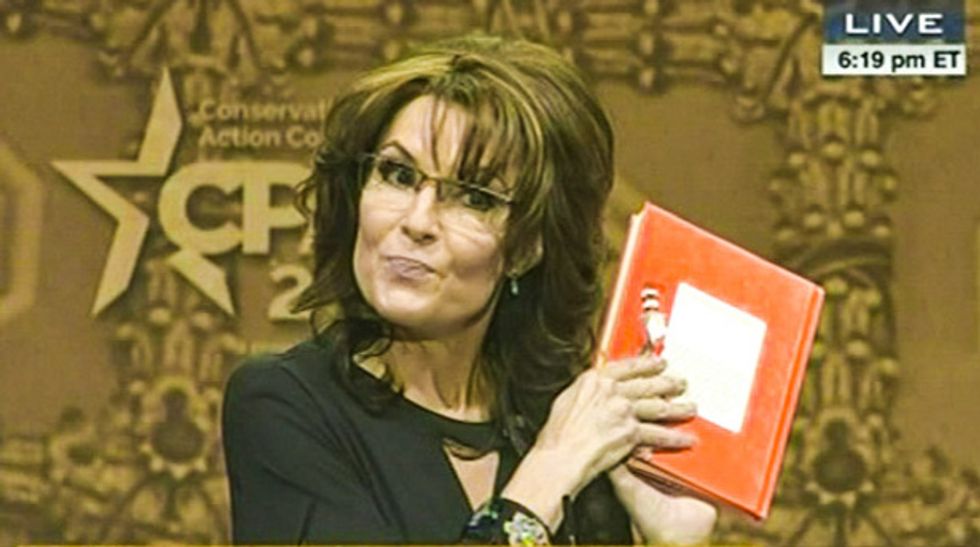 Stating that Cruz read the book on the floor of the Senate "through airwaves", telling his children "I'm thinking of you," Palin reminded the crowd that she has five kids herself and claimed to have the book memorized.

She then explained that she taken the book and "spiced it up a little" for her developmentally-disabled son Trig saying, "...and little Trig, lucky little fella, his bedtime story, now it goes something like this."

In her sing-song litany Palin then proceeded to mention government spending, "cooking the books", media coverage of herself, and governmental spying as things she doesn't like.

Watch the video below from CSPAN: