WATCH: Tucson cop body slams young woman during unrest after U of A b-ball loss 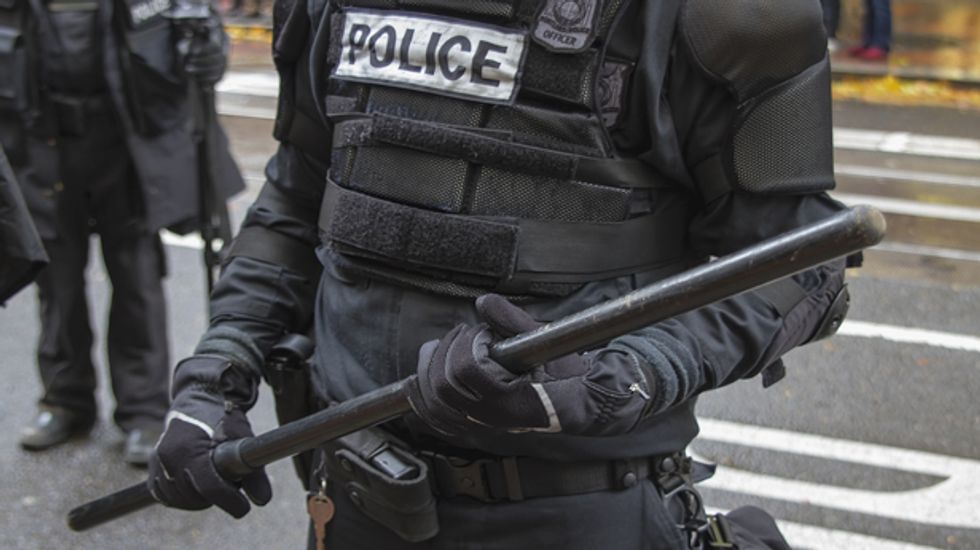 Following a loss by the school's basketball team in the NCAA tournament, students and fans of the University of Arizona took to the streets of Tucson Saturday night in what eventually turned into a riot.

After bottles and firecrackers were thrown, Tucson police in riot gear used pepper spray on the unruly crowd, arresting 15 people on charges of disorderly conduct, resisting arrest and unlawful assembly.

While some students were spotted using their cell phones to take 'selfies', another student caught a police officer flying out of nowhere to shove a young woman over a park bench.

In the video, uploaded on YouTube by Tyler Charles Boring, the officer suddenly appears, grabbing the young woman and shoving her over the bench, before facing the crowd and brandishing his nightstick then retreating without arresting her for whatever he believed she had done.

People who witnessed the incident can be heard cursing the officer and telling him that his actions have been captured on video.