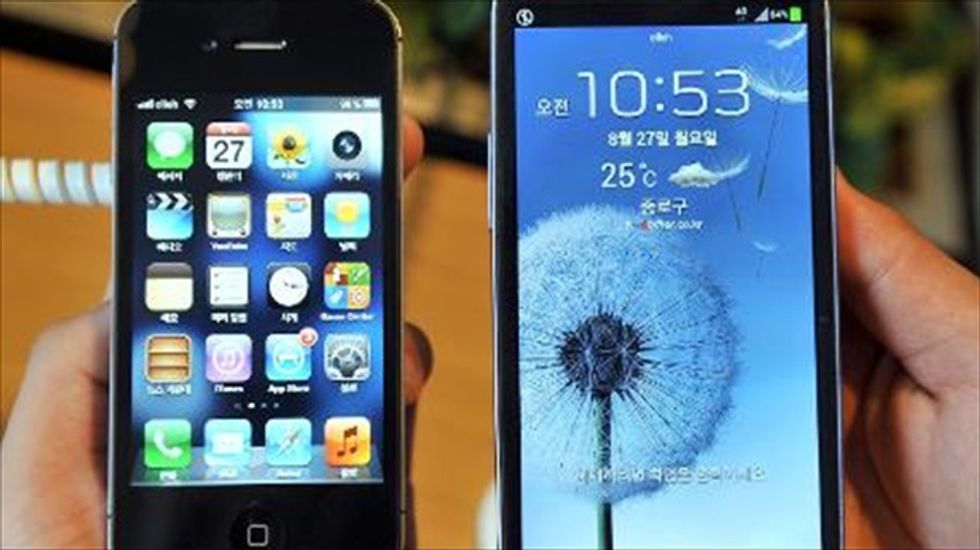 Apple and Samsung made their final pitches to jurors on Tuesday in a big-money smartphone patent trial playing out in the heart of Silicon Valley.

In a new trial following up on a landmark 2012 case in the same courtroom, Apple attorneys argued that Samsung flagrantly infringed on iPhone patents in a desperate bid to compete with the California company's culture-changing smartphone.

"Apple cannot simply walk away from its inventions," attorney Harold McElhinny told jurors in his argument for the U.S. tech giant.

"Here we are 37 million acts of infringement later and we are counting on you for justice."

McElhinny maintained that Samsung sold more than 37 million infringing smartphones and tablets in the United States.

Meanwhile, Samsung lawyers maintained that the legal onslaught is the result of a "holy war" Apple declared on Google-made Android software used to power smartphones.

"We are not pointing the finger at Google," Samsung attorney Bill Price said during closing arguments in the courtroom of US District Court Judge Lucy Koh.

"We are saying they independently developed these features and they don't infringe. Samsung didn't copy."

The launch of the first iPhone in 2007 shook the smartphone market and prompted Samsung to bemoan a "difference between Heaven and Earth" when it came to its handset line and Apple's coveted devices, McElhinny said while recapping evidence for jurors.

The US smartphone market quickly became a "two-horse race" between Apple and Samsung, according to McElhinny.

Samsung copied iPhone technology to win smartphone sales that would have gone to Apple, the lawyer argued.

Samsung attorneys countered that the patented technology at issue in trial has not been used in iPhones and that smartphone buyers weigh a host of features and factors while chosing devices.

Jurors are to begin deliberations after attorneys complete closing statements in the trial that began at the start of April.

Google engineers were among witnesses called to testify as Samsung lawyers portrayed the case as an attack on Android, which has become a formidable rival for the software powering Apple smartphones and tablets.

In August 2012, a separate jury in the same court decided that Samsung should pay Apple $1.049 billion in damages for illegally copying iPhone and iPad features, in one of the biggest patent cases in decades.

The damage award was later trimmed to $929 million and is being appealed.

If this new trial goes in Apple's favor, it could result in an even bigger award since it involves better-selling Samsung devices, such as the Galaxy S3 smartphone.

Apple lawyers accused Samsung of going far beyond competitive intelligence to the "dark side" of intentional copying.