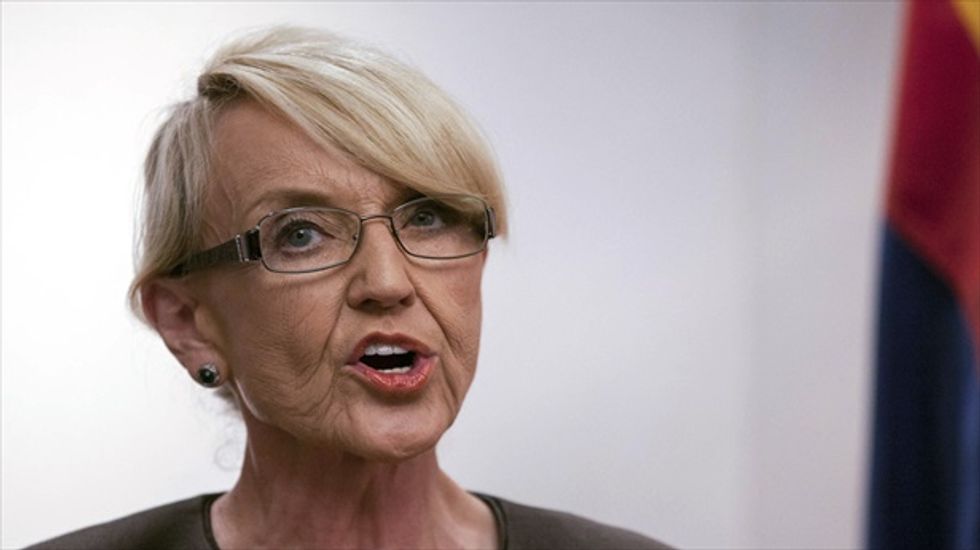 PHOENIX (Reuters) - Arizona Governor Jan Brewer signed a law on Wednesday making it a felony to post intimate images of others online without their consent, one of the harshest such measures in the nation.

The law is intended to crack down on attempts to humiliate former lovers, among others, by publishing images of a nude person or an individual engaged in sexual activities without his or her permission.

The new Arizona law drew rare, widespread support this month from a Republican-dominated state legislature that commonly has divided along party lines. Both the state Senate and the House passed the measure unanimously last week.

The law makes it a crime "to intentionally disclose, display, distribute, publish, advertise or offer a photograph, videotape, film or digital recording of another person … if the person knows or should have known that the depicted person has not consented to the disclosure."

Last year, California Governor Jerry Brown signed the first such law in the United States, touching off a groundswell of activity elsewhere.

The Arizona law is among more than two dozen similar measures proposed by lawmakers nationwide to deal with the high-profile issue, according to the National Conference of State Legislatures.

Bills have been passed into law this year in Georgia, Idaho, Utah, Virginia and Wisconsin, said Pam Greenberg, a conference researcher. Of that group, she said only Idaho makes it a felony for a first violation as Arizona does, while it becomes a felony on the second offense in Georgia and Utah.

Brewer had no comment when her decision was made public on Wednesday, and a spokesman declined comment.

Arizona state Representative J.D. Mesnard, a Republican who sponsored the bill, said the state needed such legislation to keep pace with new ways that technology can be used in a bad way.

"I believe the bill is going to do some good," Mesnard said, moments after learning that the legislation had been signed. "It helps with this new form of wrong, with a new form of being able to harm people. It's sad we are being forced to do something like this."