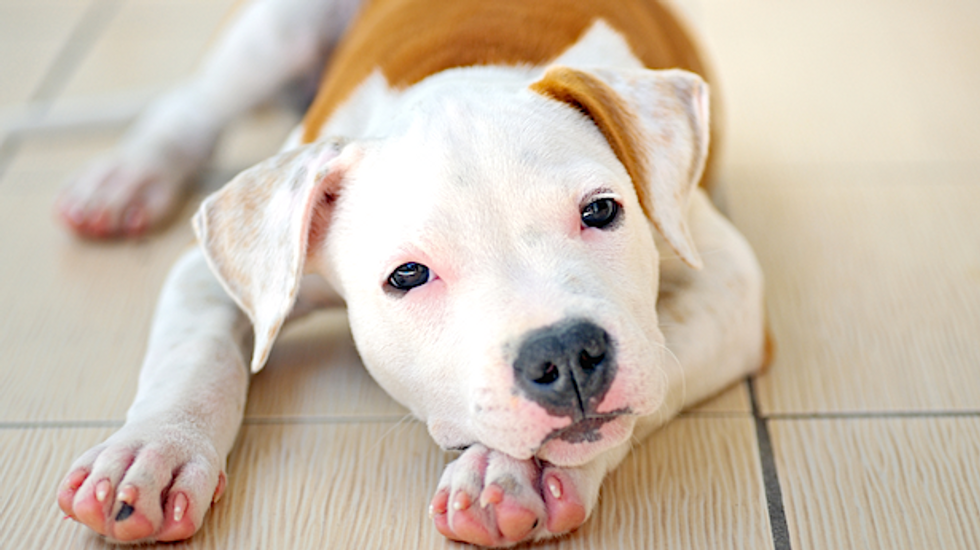 Police are investigating the fatal shooting by officers of a dog in Texas.

Two Austin police officers responded about 8:30 p.m. Friday to an auto theft call when they encountered the pit bull terrier outside a home.

The officers said the animal charged them while they were walking in the street outside the property, but the dog’s owner claims it was docile.

"[The dog] was just barking at them,” said dog owner Margie Rodriguez. “[That's] what dogs do. That's all he was doing, just barking, he wasn't trying to attack his leg or anything.”

Lt. Michael Eveleth, of Austin police, said he’s seen video recorded by a dashboard camera that shows the incident from beginning to end, and he says the officers were left with no choice but to shoot the dog.

He said the pit bull, called Roscoe, was barking aggressively in the yard and the officers gave verbal warnings to the dog owner to put the animal inside the house before it escaped through a hole in the fence.

Eveleth said the dog got up after it was shot and charged one of the officers before it was shot a second time, killing the animal.

He also said the officers appear visibly upset in the video after killing the dog.

Rodriguez claims her dog had no history of violence, but animal control officers have been called to her home more than 30 times since 2005.

That includes 16 calls since 2010, mostly for loose dogs, but officers twice investigated claims of neglect related to injured pit bulls.

It’s not clear whether any of those cases involved Roscoe.