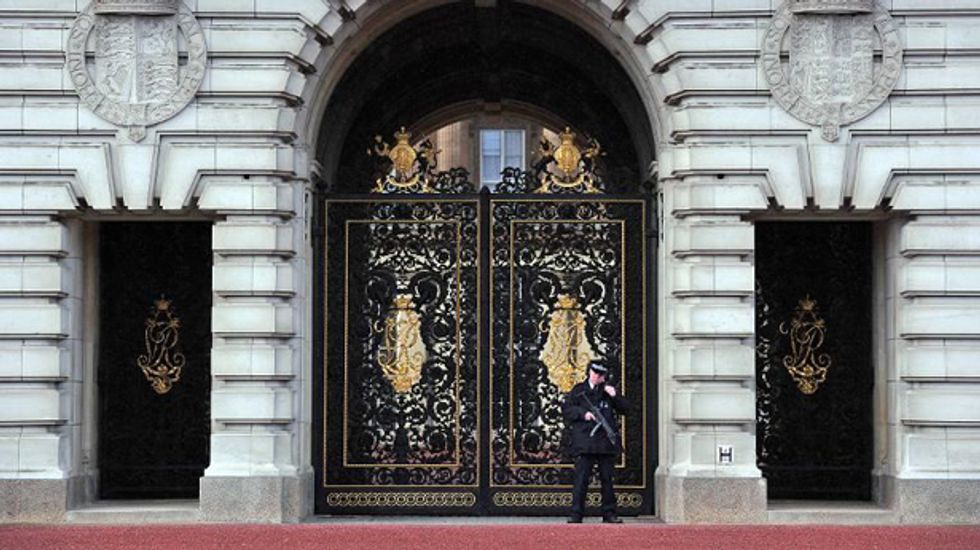 A soldier at Buckingham Palace pointed his bayonet-fixed rifle at a member of the public after an argument erupted at the gates, it was reported Sunday.

The soldier, on guard duty, left his post to intervene when a man refused to stop shouting at a police officer manning the gates of the palace on Friday.

The front page of The Sun had a picture of the Queen's Guard, in scarlet tunic and black bearskin hat, pointing the weapon at the man, the tip of the bayonet less than an arm's length away from his neck.

The newspaper quoted sightseers who said the man was trying to get closer or inside.

A police spokesman said the man was given "words of advice" and left. He was not arrested.

"Police were made aware of a disturbance at the north-centre gate of Buckingham Palace at approximately 5:50 pm on Friday," the spokesman said.

"Officers from royalty protection spoke to a man and he was given words of advice and there were no arrests."

The soldier is not thought to be facing any action over the incident.

An army spokesman said: "We are aware of an incident outside Buckingham Palace on Friday and while no-one came to any harm and there were no arrests, we are very clear that the Metropolitan Police lead on royal security arrangements including outside the palace itself."

In January this year, a man was jailed for 16 months for trying to storm into the palace armed with a knife to complain to the queen about his welfare payments.

The most serious breach at Buckingham Palace came in 1982 when unemployed man Michael Fagan got inside the queen's private chambers while she was in bed.

Fagan, who had climbed over the palace walls and scaled a drainpipe, spent 10 minutes talking to the sovereign before she was able to raise the alarm.