Bundy: If people are 'offensive' by what I say, 'Martin Luther King hasn't got his job done yet' 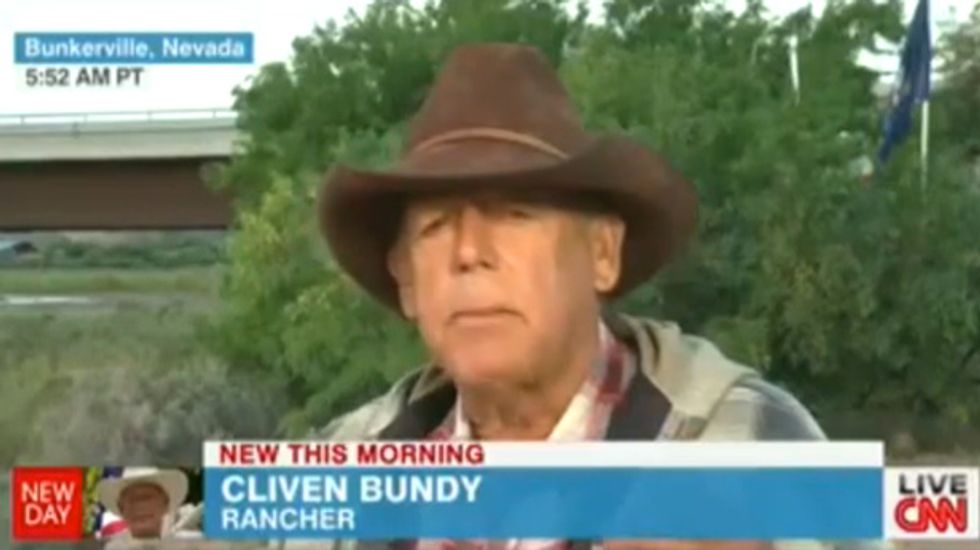 Bundy launched a rambling monologue about Parks and King after host Chris Cuomo asked him if he was racist.

Cuomo noted that people were offended by Bundy's comment that “blacks were better off as slaves,” and told the rancher, “I think you probably know that.”

Bundy responded by again talking about using the word "Negro," acknowledging that, "maybe I don't know what I actually said."

"Maybe I sinned and maybe I need to ask forgiveness and maybe I don't know what I actually said. But you know when you talk about prejudice, we're talking about not being able to exercise what we think and our feelings," he said. "We're not freedom — we don't have freedom to say what we want. If I call — if I say 'Negro' or 'black boy' or 'slave,' I'm — If those people cannot take those kind of words and not be offensive, then Martin Luther King hasn't got his job done yet. They should be able to — I should be able to say those things and they shouldn't offend anybody. I didn't mean to offend them."