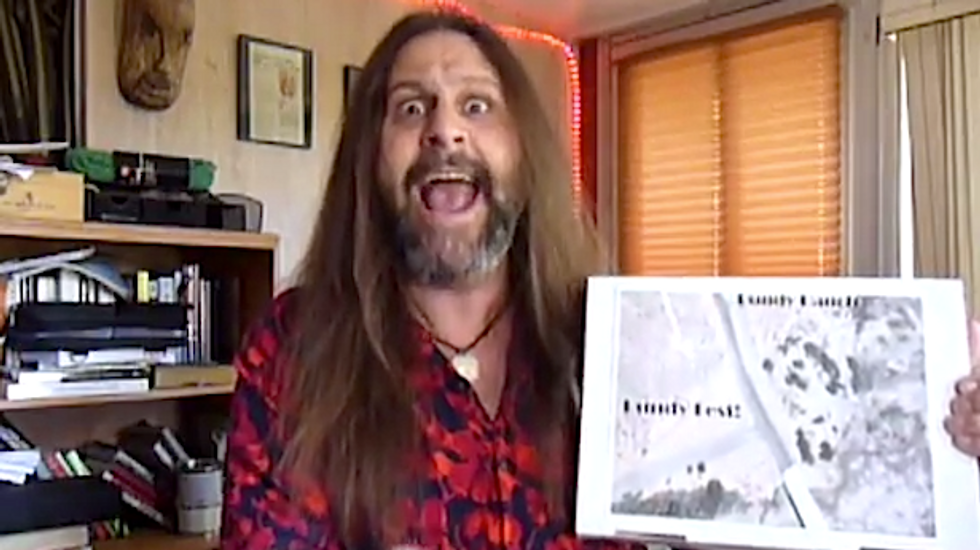 Some of the organizers of the annual Burning Man festival are planning an event aimed at mocking the claims of a Nevada rancher who refuses to pay government-mandated fees for using federal lands.

“For years, we paid permitting fees to hold Burning Man on the beautiful Playa in Northern Nevada,” said the event’s organizers on a Facebook page. “But now, Cliven Bundy has shown us a NEW WAY! ABSOLUTE FREEDOM! Bundy has declared the entire area surrounding Bundy Ranch as a TOTALLY RULES-FREE ZONE! ANYTHING GOES! WOO-HOO!!!”

Progressive activist Sean Shealy said Bundyfest, which will be held across the road from Bundy’s ranch in Bunkerville, Nevada, for one month starting on Sept. 5.

That’s just after the conclusion of the Burning Man festival, and Shealy hopes attendees will travel south to see 240 bands perform 24 hours a day near the rancher’s home.

The Facebook page for the event promises no permits will be required, full nudity will be permitted, and the atmosphere will be gay-friendly.

However, Shealy warned, no bathroom facilities would be provided.

“You’re free to let it all hang out right there, just like Bundy’s cattle, right there in the Virgin River, if you want to,” Shealy said.

Organizers also plan a “penis erection contest,” where participants will be awarded prizes for the largest phallic structure built in the desert.

Shealy said organizers expect about 50,000 people to show up in the desert near Bundy’s home.

Watch this video about the event posted online by Sean Shealy: