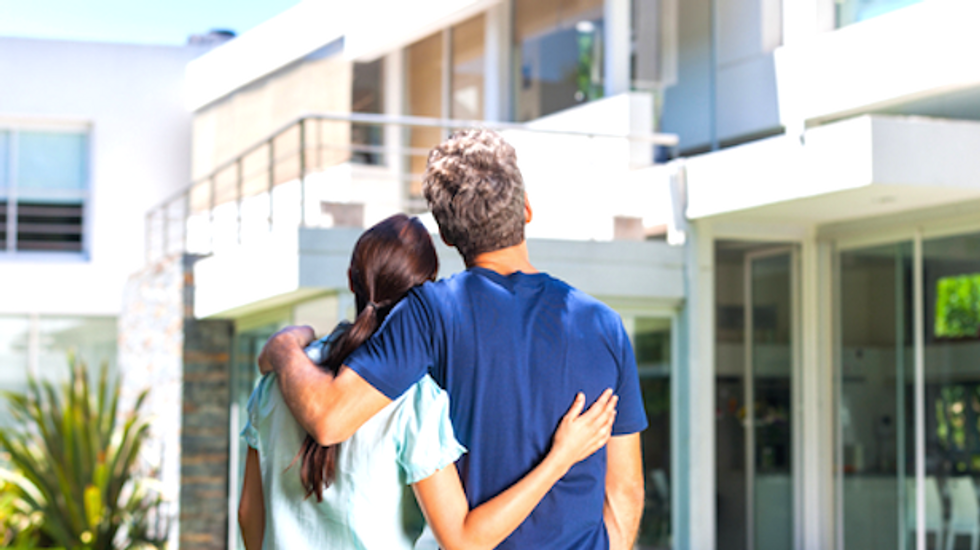 A California woman upset over losing out on her family’s dream home carried out a bizarre scheme to have the winning bidder raped, prosecutors said.

Kathy Rowe claims she intended no harm to the woman, reported U-T San Diego, and that her scheme was a prank that spun out of control.

According to court records, the 52-year-old Rowe carried out mild hoaxes against the young couple who outbid her for the single-story home, which she had wanted to accommodate her severely disabled teenage daughter.

The home also had a pool, which she said would allow her husband to exercise as he recovered from a heart attack.

Rowe said a miscommunication with real estate agents allowed the other couple to outbid her, and she says she was “devastated.” She offered them $100,000 above the asking price, but they declined. And that’s when the pranks began.

Rowe listed the home for sale online, put a stop on the couple’s mail, and sent religious missionaries to their door at first, but prosecutors said her actions soon became criminal.

Rowe is accused of posing as the wife, advertising a “Carmel Valley Freak Show,” and inviting strange men over for sex in detailed rape fantasies that included the woman’s photo and address.

“I love to be surprised and have a man just show up at my door and force his way in the door and on me, totally taking me while I say no,” prosecutors say Rowe told one man who responded to the ad.

One of the men showed up at the couple’s home twice, but he was stopped once by a locked gate and another time when the husband answered the door.

The man told Rowe about the incident, and she stopped communicating with the men who responded to the ad after that.

She soon found another home that suited her family’s needs, and she stopped bothering the couple.

“While I am ashamed of my actions, I did not do things which I thought were harmful or scary,” Rowe said in a letter to the judge, noting that the couple never contacted her about the pranks. “But because I never heard from anyone, I never knew if these activities were noticed or the impact they were having on the family.”

A state appeals court ruled Friday that Rowe must face felony charges of solicitation of rape and solicitation of sodomy, which a Superior Court judge had previously dismissed from the case.

She was arrested in October 2012 on the solicitation charges, as well as four counts of identity theft and one count of misdemeanor harassment.

A judge dismissed the solicitation charges, ruling that Rowe didn’t seem to want the “wimpish” men to actually rape the homebuyer, and reduced the four counts of identity theft to misdemeanors.

She has not yet been tried in the case.

But prosecutors said Rowe’s intent was clear, and the appeals court agreed. “The harm is in the asking,” the court ruled.

Rowe’s attorney said he would appeal to the state Supreme Court if the appeals court won’t hear the case again.

"The anger and grief over losing that house (and especially in the way we did) drove me to behave in a very childish way and to do what I thought were childish pranks to let off steam and ease the pain," Rowe said. "I never intended for them to be hurtful."