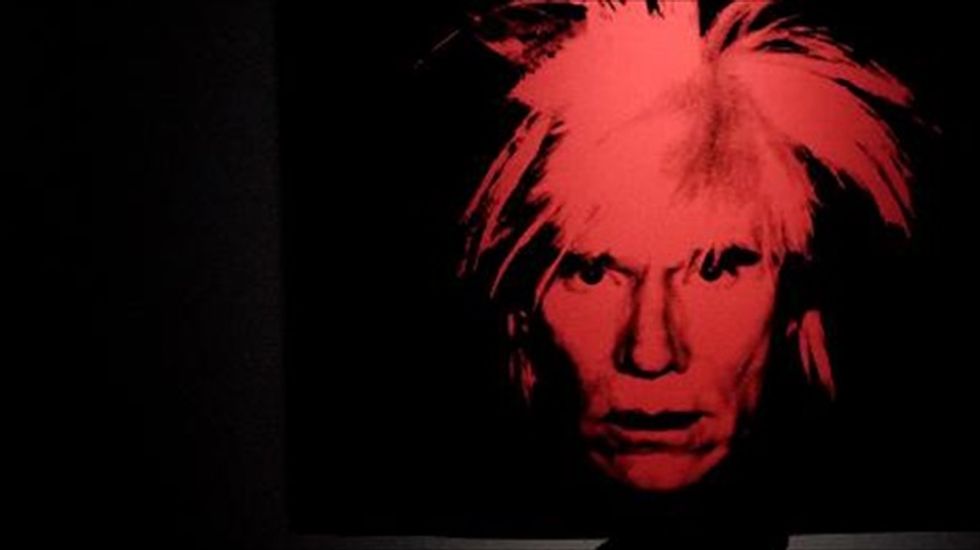 A man sits in front of a self-portrait by US artist Andy Warhol as part of the exhibition 'Warhol' on April 17, 2014 in Rome [AFP]

A dozen previously unknown works of digital art created by much-loved pop artist Andy Warhol have been discovered by a computer club at an American university in his hometown Pittsburgh.

The art was found by members of the Carnegie Mellon University computer club on floppy disks dating back to 1985 stored in the archives of The Andy Warhol Museum, the school announced.

The images include a self-portrait and some of Warhol's best-known subjects, including Campbell's soup cans, Botticelli's Venus and Hollywood sex symbol Marilyn Monroe.

They show Warhol's early exploration of software imaging tools and show new ways in which the hugely influential artist was years ahead of his time, Carnegie Mellon announced.

The files were stored in an unknown format, which the computer club's forensics experts had to unpick to unveil the 28 never-before-seen digital images, the university said.

At least 11 of the images have his signature and were judged to be Warhol's style by experts from The Andy Warhol Museum in Pittsburgh, the university said.

Another is damaged or partially corrupted but also appears to bear his signature, said Golan Levin, associate professor of art at Carnegie Mellon.

Two more images look like in his style but do not have his signature and there are others whose authorship are not clear, Levin told AFP.

Among the 28 images are some duplicates, he added.

The disks were unearthed after New York-based artist Cory Arcangel learnt about Warhol's experiments with floppy disks from YouTube.

Acting on a hunch, he approached The Andy Warhol Museum in 2011 and then Carnegie Mellon, where the university said the student computer club has expertise in restoring vintage computers.

"What's amazing is that by looking at these images, we can see how quickly Warhol seemed to intuit the essence of what it meant to express oneself, in what then was a brand-new medium: the digital," said Arcangel.

Warhol was one of the most influential American artists of the 20th century and his work continues to sell for record prices.

The enigmatic artist and son of Polish immigrants was born Andrej Varhola in Pittsburgh. He got a degree in fine arts from Carnegie Mellon, then Carnegie Institute of Technology, in 1949.