Cherry stone went to space, now the tree that grew from it is acting very weird 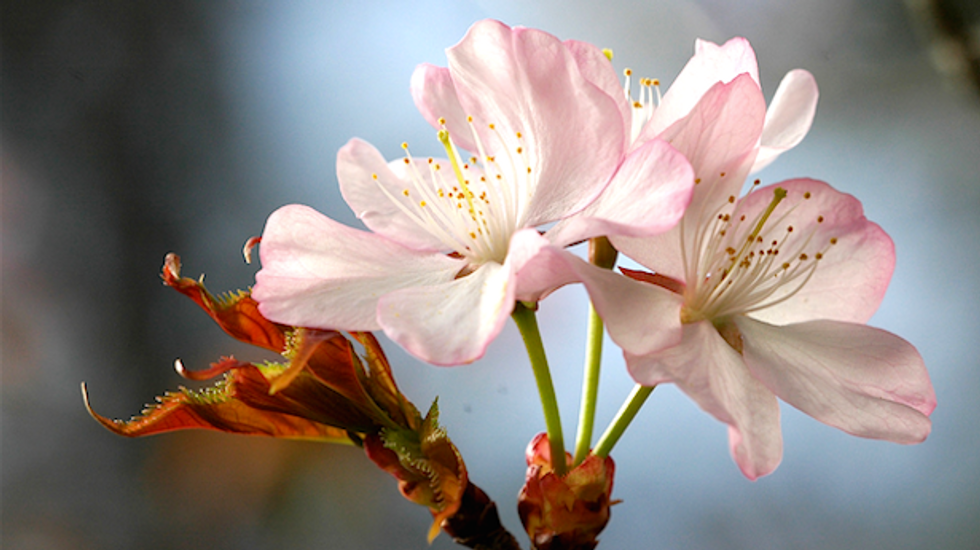 Cherry trees typically take about a decade to bloom after sprouting from seeds.

But “space cherries” apparently take about half that time.

Astronaut Koichi Wakata, now commander of the International Space Station, carried cherry pits descended from a famous historical tree with him into space five years ago.

About 265 pits produced from the fruit of the 1,250-year-old “Chujohimeseigan-zakura” cherry tree were carried into space, and some of them have come into bloom within four years, reported The Asahi Shimbun.

The ancient tree is a variant of the “yamazakur” wild cherry species and previous attempts to grow young trees from its fruit have proven unsuccessful.

Botanist Takao Yoshimura was able to sprout one of those pits by covering the soil with sphagnum moss, and the young tree has grown in just four years to more than 13 feet tall and this spring produced 10 buds – all of which bloomed by Friday.

That’s less than half the time cherry trees typically grow flowers, but Yoshimura said some of the other space cherries have also bloomed.

“There is a theoretical possibility that the cosmic environment has had a certain impact on agents in the seeds that control budding and the growth process, but we have absolutely no answer as to why the trees have come into bloom so fast,” said botanist Kaori Tomita.

The flowers of the parent tree have about 30 petals each, but the space cherry trees have only five.

Yoshimura said the young plants may have reverted back to the characteristics of the original wild species, but he said they may have more petals as they get older.