Chicago teen left newborn boy to die when she thought he resembled her ex, police say 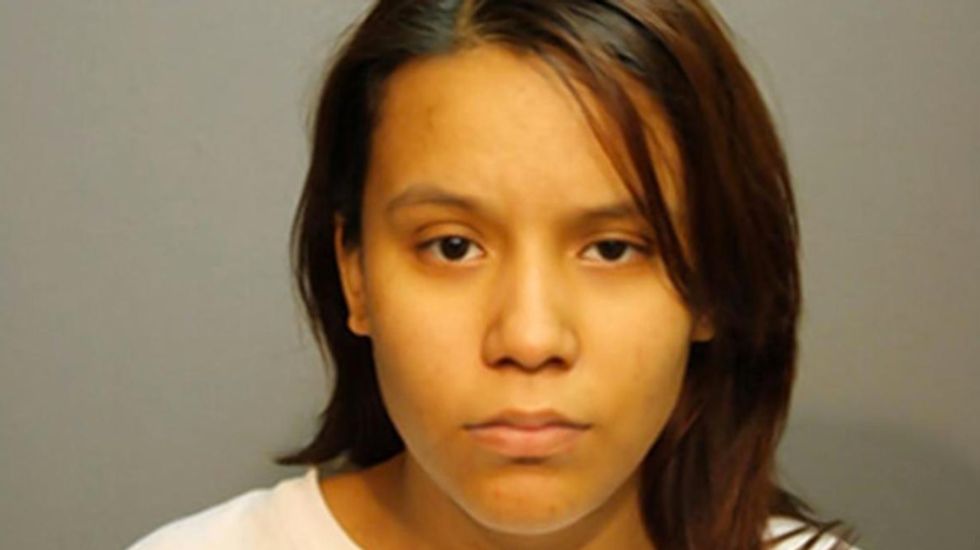 A Chicago high school student has been charged with first degree murder after placing her newborn child in a Walmart bag and then leaving the baby outside to die because he looked like his father, her ex-boyfriend.

According to the Chicago Tribune, Ana Rosa Mora, 18, gave birth to a full-term baby boy, disposed of the still-living child outside, and then went back to bed.

The baby was discovered by a construction worker hours later who called police. The baby had already died by the time officers arrived.

According to prosecutors, Mora killed her baby out of fear her boyfriend would leave her if he discovered that the father of the child was her ex-boyfriend.

Suspicions about Mora arose after staff members at her high school noticed on Monday that she'd recently given birth. Mora showed them a photo of a baby girl on her iPad claiming it was hers, according to Assistant State's Attorney Glen Runk. The photo turned out to be a picture of a baby downloaded from the Internet.

Mora mentioned the discovery of the dead baby discovered near her home to the staffers and asked whether police had the right to take DNA from people in her house and whether the DNA would show who the child's mother was.

A school staff member called police who interviewed Mora, before taking her into custody and charging her with murder.

According to the Cook County medical examiner’s office, the baby -- found in the shopping bag with the placenta and umbilical cord -- was born alive and died of asphyxia and exposure.

Mora had been on track to graduate high school this year with plans to attend college.