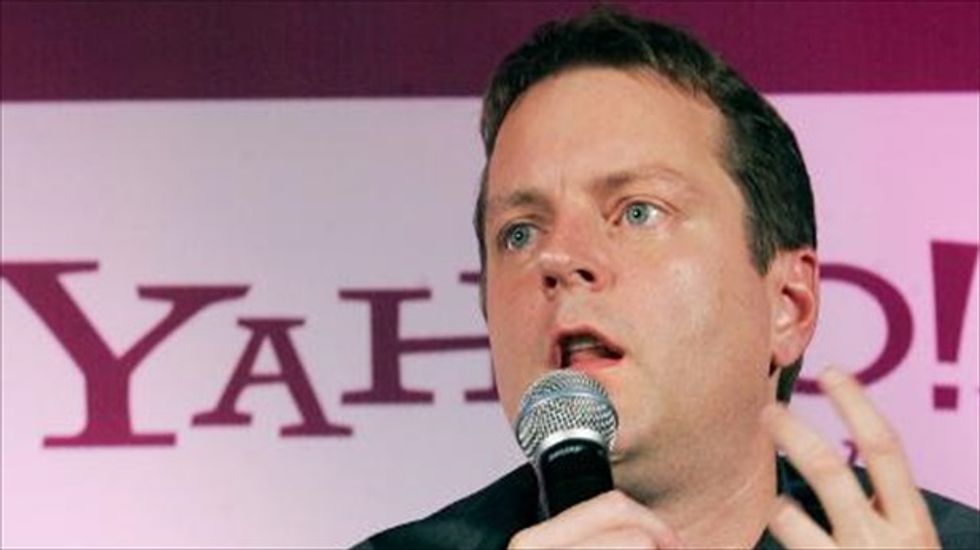 Yahoo announced the nomination of three new board members, including company co-founder David Filo, who earned the nickname and formal job title of "Chief Yahoo."

Filo was named along with Charles Schwab, head of a big investment firm bearing his name, and H. Lee Scott, former president and chief executive at Walmart.

"As a co-founder and long time Chief Yahoo, Filo is the heart and soul of the company and in re-joining the board, he adds 19 years of deep and personal knowledge of Yahoo's business and culture to the conversation," Yahoo chief executive Marissa Mayer said.

Filo has been outside the board and executive leadership in recent years but he has continued to hold the "chief Yahoo" title, drawing an annual salary of $1 over the past three years.

Filo co-developed Yahoo in 1994 with Jerry Yang while working towards his Ph.D. in electrical engineering at Stanford University, and he has been an officer since the company was founded in 1995.

"I am incredibly proud to return to the Yahoo board," said Filo. "Jerry and I founded Yahoo as a product focused company that creates compelling experiences through technology, and I'm excited that today we are solidly back on that path."

He added "I am very familiar with Yahoo's history and with the technology underlying everything we do today and more importantly, everything we want to do tomorrow. I look forward to working alongside the other directors as we continue our mission to build the best possible consumer experiences for our users."

The appointments come with Mayer seeking to revive the fortunes of the Internet pioneer, which is seeking a new direction since losing its crown as the leading search engine to Google.

Yahoo also filed documents showing the compensation of top executives including Mayer and Henrique de Castro, who walked away with a huge payout after clashing with Mayer.

De Castro was paid $10.9 million in 2013 for his brief tenure as chief operating officer. But he got a whopping $39 million credited for 2012, including his payout for leaving the company in early 2014.

De Castro was given a million dollar "make good" cash bonus when he was hired from Google in October of 2012, and his annual base pay was $600,000.

He also secured an award of $20 million worth of "make-good" stock shares, which are his to keep if Yahoo is letting him go without cause, according to a termination clause in his hiring letter.