Child marriage could become law in Iraq this week, but it's a global scourge 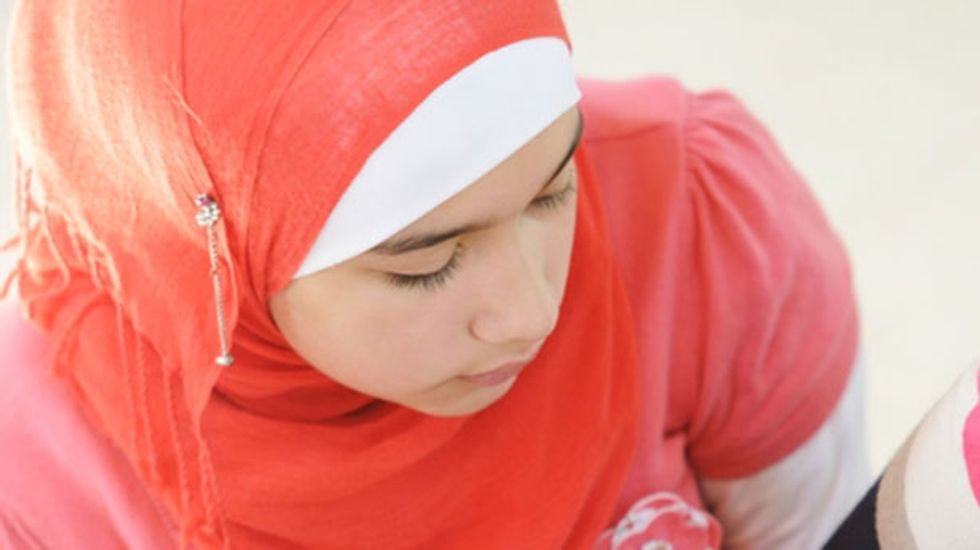 When Iraqi voters go to the polls tomorrow they are likely to endorse parties that plan to legalise child marriage at nine years old. Based on Shia Islamic jurisprudence, what is called the Ja'afari personal status law was approved by the current Iraqi cabinet eight weeks ago. It describes girls as reaching puberty at nine, and therefore ready for marriage. The current legal age is 18.

This barbaric and regressive law would grant fathers sole guardianship of their female children from the age of two, as well as legalising marital rape. It has horrified Iraqi women and they publicly declared last month's International Women's Day an Iraqi day of mourning in response to the worrying developments. Hassan al-Shimari, the Iraqi justice minister who proposed the draft law, is a member of the small Islamist Fadhila (Virtue) party, which is allied with the prime minister, Nouri al-Maliki, who is seeking a third term in office.

The move is a further loosening of protection for school-age girls. Even without the new law the number of child marriages in Iraq is rising. In 1997 15% of marriages involved women under 18, according to Iraqi government figures – jumping to more than 20% in 2012, with almost 5% married by the age of 15.

Activists are worried that because of financial hardship, families are forced to marry off daughters young when they are offered dowries. There are serious concerns that if this new law comes into force it would only escalate the trend.

But Iraq is not alone. Around the world 10 million children are not at school today as a result of being married off as child brides – a number that is rising in many countries. In the past few months Mauritania has been at the centre of allegations of genital mutilation to make it possible for girls of eight and nine to be married. The country has resisted pressure to introduce a legal minimum age for marriage. In Yemen, where the UN estimates that more than 50% of girls are married before they turn 18, there is also still no minimum age.

Nigeria has also been considering reducing the age of marriage. And India, where rape has brought millions on to the streets in protest, has been revealed as having 40% of the world's child brides.

The facts are that the one secure way to prevent child marriage is to deliver the right of every child to be at school. A girl with some education is not only unlikely to be married at eight, nine or 10, but is also six times less likely to be married by 18.

Child marriage-free zones, where girls get together and refuse to be married, are springing up on the subcontinent – the first in Pakistan, with several now in Bangladesh, and others soon to be set up in countries such as Malawi. We see that girls are no longer prepared to succumb to the fate that others have decided for them, or to wait for others to protect them.

Together with a group of high profile individuals I am proud to be part of the Emergency Coalition for Education Action. The coalition is committed to zero education exclusion, and this means zero child marriage. We are linking up with girls' rights movements across the developing world, including Nepal's Common Forum for Kalmal Hari Freedom, the Nilphamari Child Marriage Free Zone in Bangladesh, the Ugandan Child Protection Club, and Indonesia's Grobogan Child Empowerment Group.

Many are linked to the growing Girls not Brides movement spearheaded by Princess Mabel van Oranje of the Netherlands – more than 300 national organisations are already affiliated. They are attempting to stop child marriage by law, to register girls by their correct ages, to enforce existing banning regulations, and to get girls to school.

Children's rights must be protected across the world, and we call on all countries to put an end to the barbaric practice of child marriage and to ensure all children are in school and learning.