Colbert on Letterman: 'I learned more from watching Dave' than I did in college 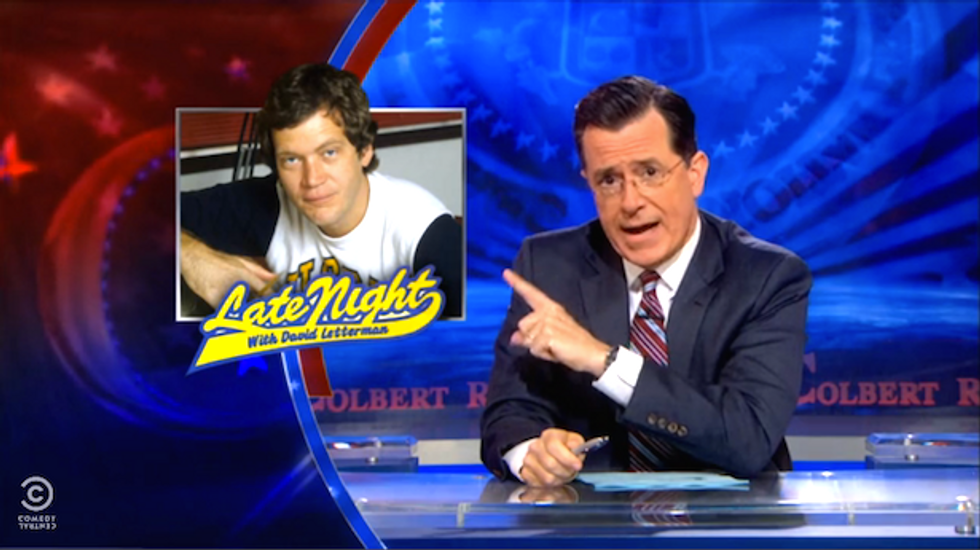 Stephen Colbert made a brief reference Thursday night on his current program about his next job.

The audience greeted Colbert, who was named earlier in the day as the next host of CBS’ “Late Show,” with thundering applause and chanted his name.

“There was some big news last week that slipped through my news crack, and it concerns someone I’ve admired for years – and yet, surprisingly, is not me,” Colbert said. “I’m talking about David Letterman, who last Thursday night announced his retirement, and I am going to miss this good man.”

He said Letterman’s “Late Show” program debuted when he was a freshman in college, in 1982, and the talk show host had been on the air for Colbert’s entire adult life.

“I learned more from watching Dave than I did from going to my classes – especially the ones I did not go to because I had stayed up until 1:30 watching Dave,” Colbert said.

He said Letterman had influenced every talk show host who came after him – “and even a few who came before him, he’s that good.”

“I’ve got to tell you, I do not envy whoever they try to put in that chair,” Colbert joked. “Folks, those are some huge shoes to fill – and some really big pants.”