Denver radio host on Donald Sterling: 'All racists are, at the end of the day, atheists' 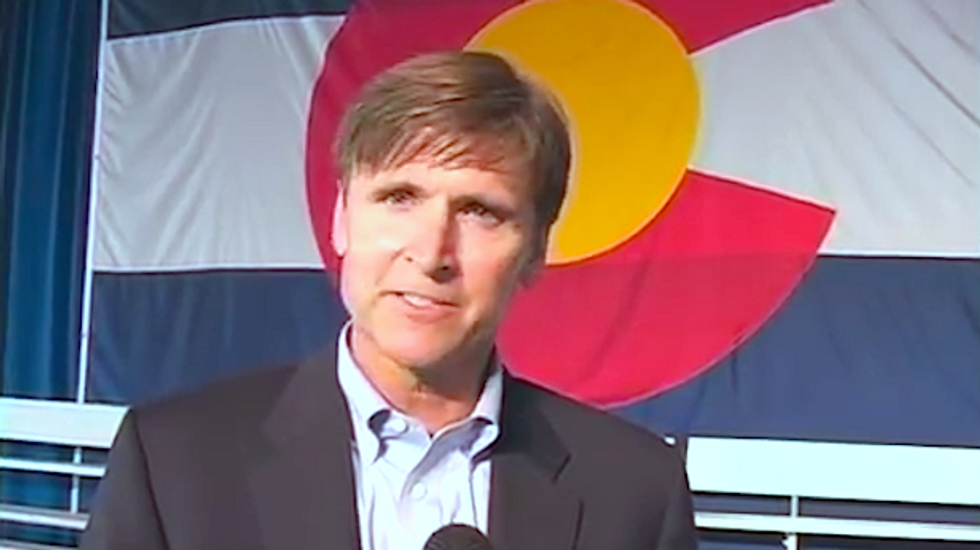 A Denver talk radio host suggested that it wasn’t possible to believe in God and still be racist.

Dan Caplis, of KNUS-AM, made the comments Monday morning during a discussion of Los Angeles Clippers owner Donald Sterling, who made bigoted comments against black people during a recorded phone call.

“The roots of this kind of racism, this kind of attitude where somebody really thinks they’re superior to somebody, just because of the color of the other person’s skin? First, what it tells me -- you know, my constitutionally-protected opinion about that person -- is they don’t believe in God,” Caplis said.

The Friendly Atheist blog posted audio clips of the program, along with excerpted comments.

“Nobody who believes in God can be a racist, in my view, because once you believe God made us, you mean, God made junk?” Caplis continued. “God made somebody lesser just by virtue of the color of their skin? So my starting point is always: All racists must be atheists. They can’t possibly believe in God.”

Caplis received emails from listeners who objected to his assumptions about atheists, but he repeated his claims throughout the program.

“You cannot believe in God and be a racist because, if you believe in God, then you cannot possibly believe that God made somebody inferior just because of the color of their skin,” he said.

Caplis insisted that he did not believe all atheists were racists.

“In fact, I’ve never had that impression whatsoever, that any sort of big number of atheists were racist,” he said. “My point is the opposite, or a different point, I should say. That I think, probably, all racists are, at the end of the day, atheists.”

Caplis, who is an attorney, said he had known many racists while growing up in Chicago, and he always assumed they could not believe in God.

"I apologize if it was taken that way, but never could’ve imagined somebody would think I was saying that all atheists are racists," he said. "That would be a goofy thing to say. I was just saying all racists are atheists."