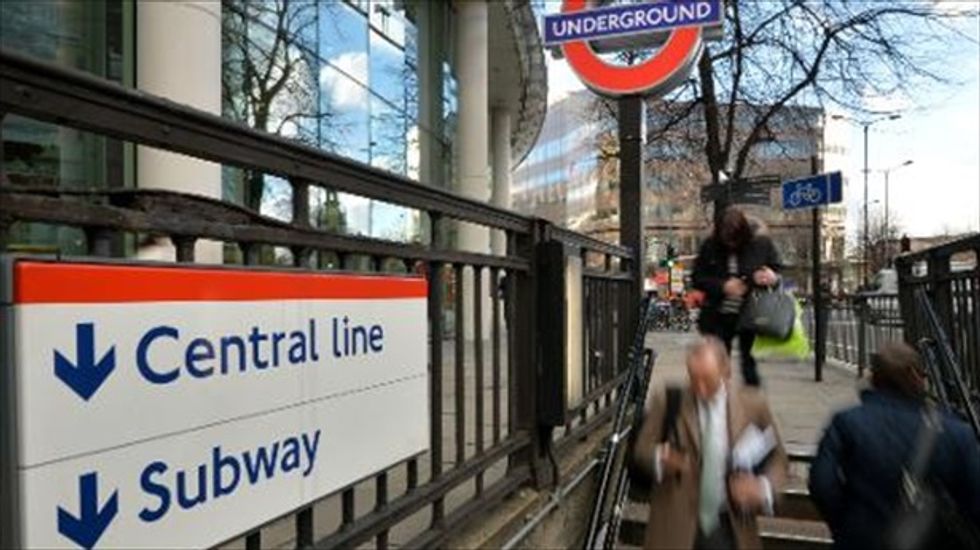 Transport authorities in London said Monday they were powerless to stop a bizarre Facebook craze involving photographs of women eating on underground trains.

The page, entitled "Women Who Eat on Tubes", encourages contributors to send in photographs and anecdotes of women eating while on London's underground transport network.

By Monday, the page had more than 16,000 members, despite claims it was just the latest example of so-called 'stranger shaming' on social media.

Others have expressed concern that people posting on the website reveal further details such as when the photograph was taken and on which Tube line.

Some of the women appearing on the page have had their features obscured, but many others are clearly recognisable.

Responding to the furore, Steve Burton, the director of enforcement for Transport for London (TfL), said anyone who felt threatened should contact the police.

"Taking photos on the Tube isn't illegal, but we ask anyone doing so to ensure that they use common sense and respect for other passengers. If someone doesn't want their photo taken, it is obviously inappropriate to do so," he said.

"If any customer has concerns about such behaviour, believing there may be a sinister motive, they are advised to speak to our staff or the British Transport Police."

The people behind the page have defended the idea, saying in a statement the page "is observational not judgemental. It doesn't intimidate nor bully.

"Subjects are embraced and cherished. We celebrate and encourage women eating food on Tubes, we do not marginalize them."

But as the campaign steadily gained more members on Monday, its founders did post a "code of conduct", urging people taking photographs to refrain from abusive behaviour.

Sophie Wilkinson, one of the women pictured on the site, said that she felt humiliated by a photograph on the site which showed her eating a takeaway salad, and the comments that accompanied it.

"Though the group information states it 'doesn't intimidate or bully', I felt victimized. And hurt," she wrote in a blog on "The Debrief" site.

Some commentators have expressed anger at the campaign. Feminist writer Caitlin Moran, who has almost half a million followers on Twitter, said she would like to turn the tables on the campaign.

"This 'Women Eating On Tubes' thing -- if someone takes a picture of you, take of picture of them, and I'll Tweet it," she said in a Twitter message.