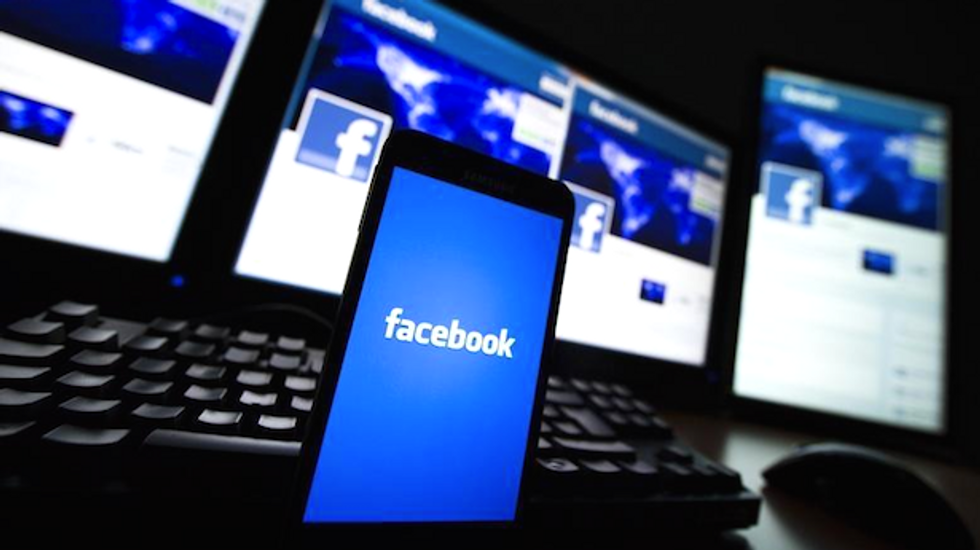 Shares of Facebook were up nearly 3 percent at $63.05 in after-hours trading on Wednesday.

Facebook said that mobile ads represented 59 percent of its ad revenue in the first quarter, up from 30 percent in the year-ago period. Facebook's overall revenue grew 72 percent year-on-year to $2.5 billion in the first quarter, above the $2.36 billion expected by analysts polled by Thomson Reuters I/B/E/S.

"They've got the right products for what advertisers are looking for and that's manifesting itself in the results you're seeing," said JMP Securities analyst Ronald Josey.

Facebook's newsfeed ads, which inject paid marketing messages straight into a user's stream of news and content, have ignited Facebook's revenue growth and bolstered its stock price during the past year. The ads are ideally suited for the smaller-sized screens of smartphones and other mobile devices.

The world's No.1 Internet social network said its total number of monthly active users reached 1.28 billion as of March 31, with 1.01 billion of those users accessing its service on mobile devices such as smartphones and tablets.

Facebook's users spent more time on its service, with roughly 62.7 percent of its monthly users accessing the site every day, compared to 59.9 percent in the year-ago period.

Facebook also announced that Finance Chief David Ebersman is resigning to pursue an unspecified opportunity in the healthcare industry, where he worked before joining Facebook in 2009. Ebersman, who will remain with the company through September, will be replaced by David Wehner, Facebook's vice president of corporate finance and business planning.

Ebersman saw the company through a rocky initial public offering in 2012 that was plagued by technical glitches with the Nasdaq stock exchange and concerns about what was then slowing revenue growth. Since the IPO, Facebook has regained Wall Street's favor thanks to its strong mobile ad business.

Ebersman's departure appears to have been part of a planned transition, said JMP's Josey.

Shares of Facebook have more than doubled during the past 12 months but are off 13 percent from a 52-week high of $72.59 in mid-March.