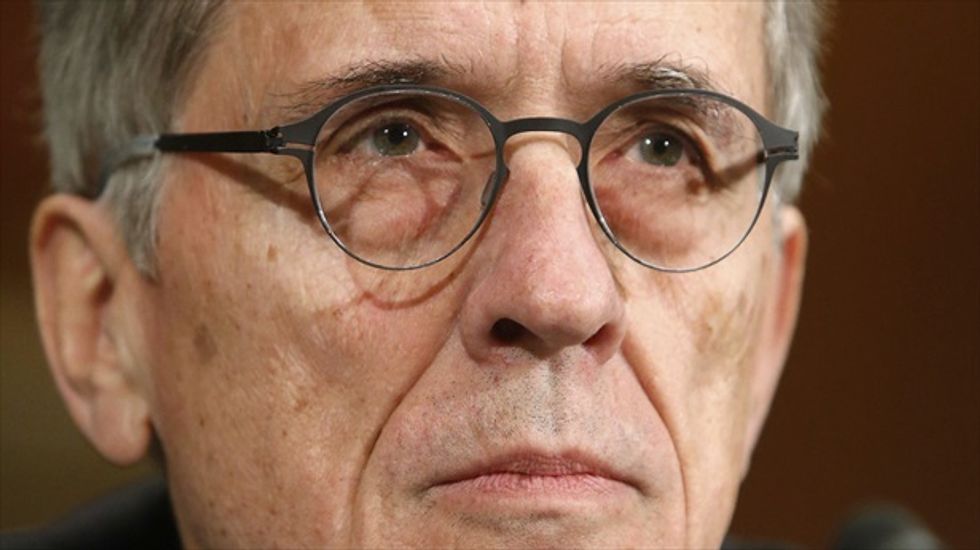 WASHINGTON (Reuters) - Federal Communications Commission Chairman Tom Wheeler, under fire from consumer advocates for proposing Internet traffic rules they say will create "fast lanes" for some Web content, will testify at a House of Representatives hearing on May 20.

Wheeler will appear as sole witness at the hearing called by the House of Representatives' subcommittee on communications and technology, the panel said on Monday.

Lawmakers will quiz him on his recent proposals related to the so-called incentive auction of valuable airwaves scheduled for mid-2015 and "net neutrality" rules as well as the FCC's recent moves to limit TV stations' joint ad sales and other matters, said U.S. Representative Greg Walden, who chairs the subcommittee.

"This will be our first opportunity to directly discuss issues important to our technology economy ... We look forward to what will surely be a thorough and spirited discussion with Chairman Wheeler," Walden, an Oregon Republican, said in a statement.

Wheeler is facing criticism for new "Open Internet" rules he wants the FCC to propose at a May 15 public meeting. The rules could allow content companies to pay broadband providers for faster Internet speeds delivering their traffic as long as such deals are deemed "commercially reasonable."

Consumer interest groups worry the rules may create "fast lanes" for some Internet content and undermine the concept of "net neutrality" which calls for all Web traffic to be treated equally. Many Republicans and broadband companies have broadly seen FCC's Open Internet rules as unnecessary regulation that encroaches on how networks are managed by owners.

The agency is also working on rules for the major auction of valuable wireless airwaves scheduled for mid-2015. Wheeler has proposed rules that would restrict bidding by the largest carriers in the United States, Verizon Communications Inc and AT&T Inc.