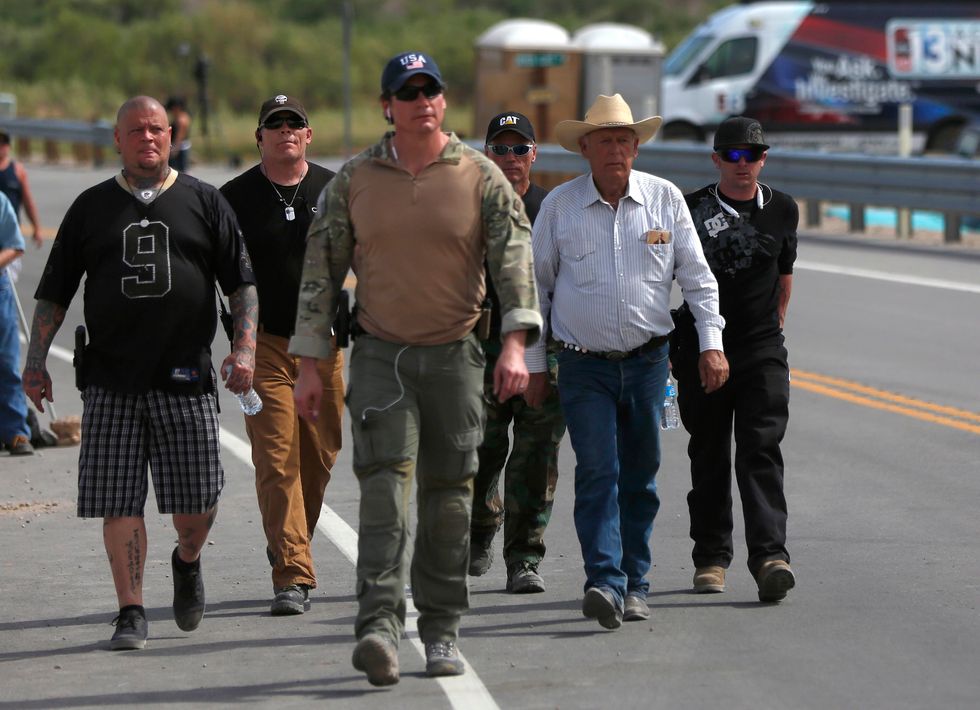 BUNKERVILLE, Nevada (Reuters) - The U.S. Bureau of Land Management on Saturday said it had called off an effort to round up a rancher's herd of cattle that it had said were being illegally grazed in southern Nevada, citing concerns about safety.

"Based on information about conditions on the ground and in consultation with law enforcement, we have made a decision to conclude the cattle gather because of our serious concern about the safety of employees and members of the public," BLM director Neil Kornze said in a statement.

The showdown between rancher Cliven Bundy and U.S. land managers had brought a team of armed federal rangers to Nevada to seize the 1,000 head of cattle.

The unusual roundup became a flashpoint for anti-government groups, right-wing politicians and gun-rights activists. Hundreds of Bundy supporters, some heavily armed, camped on the road leading to his ranch in an arid high desert spotted with sagebrush and mesquite trees. Some held signs reading "Americans united against government thugs," while others were calling the rally the "Battle of Bunkerville," a reference to a American Revolutionary War battle of Bunker Hill in Boston.

When the news of the BLM's decision was read out, the group erupted in cheers.

In an interview prior the BLM's announcement, Bundy said he was impressed by the level of support he had received.

"I'm excited that we are really fighting for our freedom, we've been losing it for a long time," Bundy said. "I used to pay grazing fees but I fired the BLM."

The dispute has tapped into long-simmering anger in Nevada and other big Western states rooted in the fact that vast tracts of land in those states are owned and governed by federal agencies, much of it by the BLM.

UPDATE: Watch video about this story, embedded below