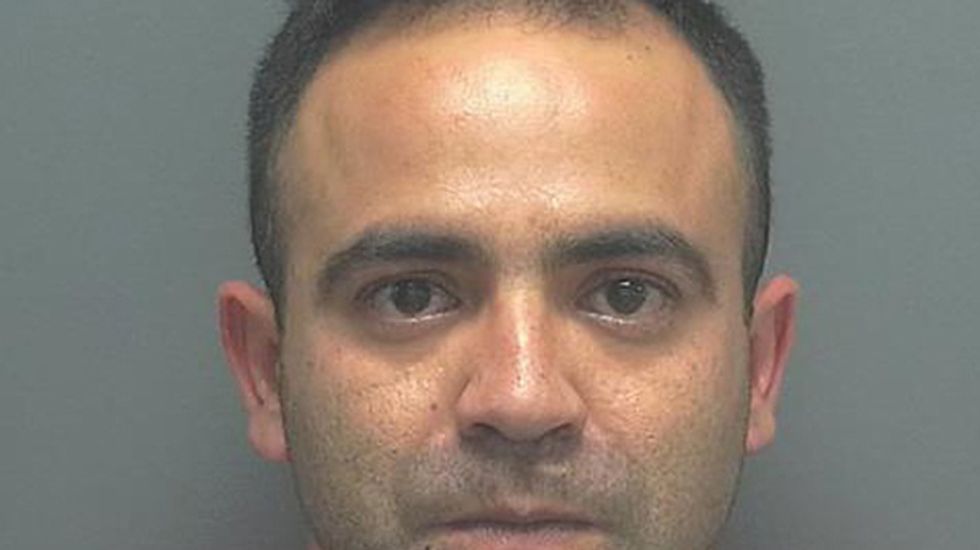 A Ft. Meyers man is facing two counts of attempted second degree murder and one count of battery after assaulting a jogger and then hitting two women with his car while taking his daughter to school.

Eric Noel Montez, 28, was driving his 7 year-old daughter to school when a jogger tapped his car believing Monetz had driven too close to him. According to NBC 2, Montez stopped his car, chased the jogger down on foot, and punched him in the face multiple times.

Two women witnessed the altercation and told Montez to stop and that they were calling the police.

Montez then got back in his car, backed up before pulling forward hitting the one of the women with the front of his P T Cruiser sending her flying over the cars hood.

As Montez attempted to leave the scene, the second woman ran screaming after him.

Deputies say Montez stopped the car, threw it into reverse and swerved to hit and drive over the woman.

According to investigators, Montez proceeded to drive home where he dropped off his daughter, before returning to the scene of the crime where he was arrested by deputies who been called over the violent altercation.

The 33-year-old victim hit by the car remains hospitalized in stable condition.

The 52-year-old female victim, who was driven over, is listed in critical condition.

No names of any of the victims have been released.

Montez is being held in Lee County Jail and is expected in court this morning.