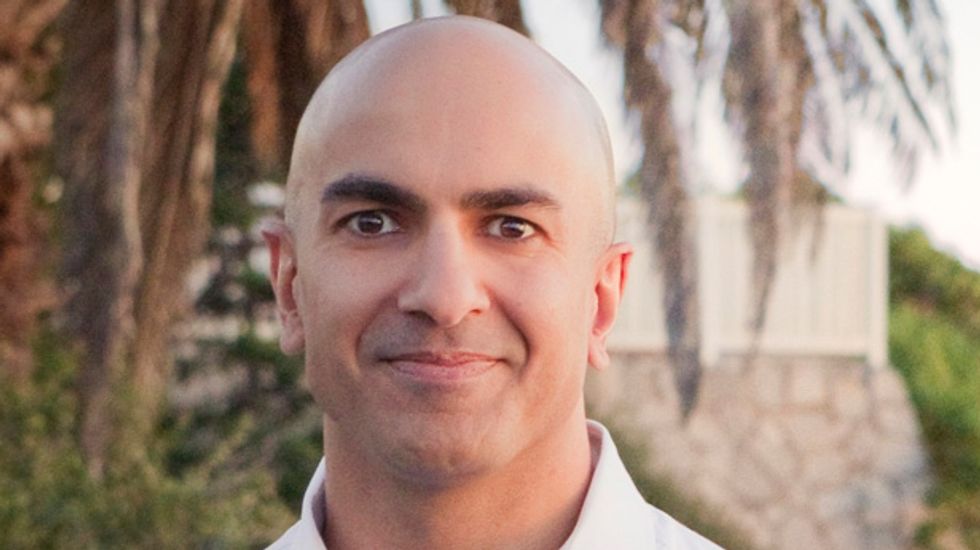 A private poll commissioned to look at the California gubernatorial race shows incumbent Gov. Jerry Brown with a commanding lead and the former head of the Troubled Asset Relief Program (TARP) trailing not only the governor but a registered sex offender.

According to the SF Gate, the poll - conducted by Clear Path Strategies - shows Brown with 45.6 percent of the vote, followed by Republican California State Assemblyman Tim Donnelly with 18.3 percent, and Glenn Champ, a registered sex offender who spent time in prison for manslaughter, at 7.3 percent.

Kashkari, who was selected by U.S. Treasury Secretary Hank Paulson to head up the government agency designed to purchase distressed mortgage assets from troubled banks during the financial meltdown, sits at 3.8 percent of the vote.

The poll was conducted April 2-6 and contacted 1,000 likely voters, said David Bluestone, a founder and partner of Clear Path Strategies.

With 15 candidates running for governor, Bluestone explained that, "the more people you put on the ballot, the more diffuse you get.”

Convicted sex offender Champ, who spoke to at the state GOP convention, was convicted of carrying a concealed firearm in 1992, convicted of two counts of assault with intent to commit rape, and received a 12-year sentence in prison for voluntary manslaughter.

Since that time Champ claims he has turned his life around and found Jesus.

"Far be it from me to explain the wisdom of California voters,” Bluestone said.

“Quite frankly, people have little memory,” the pollster added. “There hasn’t been a lot of information out on these candidates, and that probably contributes to it.”