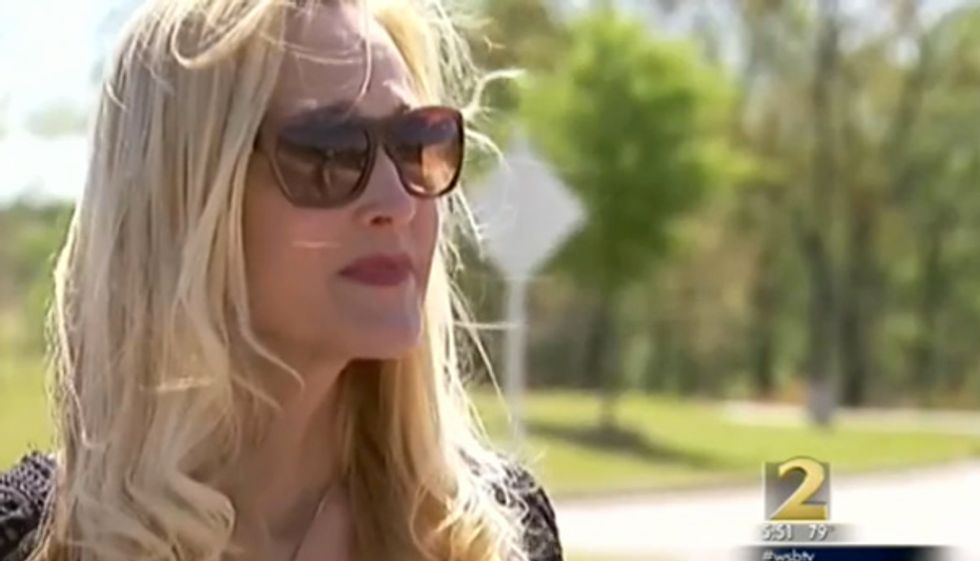 A Georgia man panicked parents and children at a local park and baseball field by randomly walking around and displaying his gun to anyone he encountered in the parking lot.

According to witnesses who spoke with WSB-TV, the man wandered around the Forsythe County park last Tuesday night showing his gun to strangers, telling them "there's nothing you can do about it."

"Anyone who was just walking by - you had parents and children coming in for the game - and he's just standing here, walking around [saying] 'You want to see my gun? Look, I got a gun and there's nothing you can do about it.' He knew he was frightening people. He knew exactly what he was doing," said parent Karen Rabb.

Rabb said that the man's intimidating behavior panicked parents causing them to hustle children who were there to play baseball to safety after the man refused to leave.

“It got to the point where we took the kids and brought them into the dugout and the parents lined up in front of the dugout,” Rabb said.

Police report they received 22 calls to 911 reporting the man.

After deputies arrived, they questioned the man who produced a permit for the handgun. According to authorities, since the man made no verbal threats or gestures, they couldn't arrest him or ask him to leave.

Forsythe Sheriff Duane Piper said that he didn't believe the parents and children were in any danger but, even though the man was within his rights to carry the gun, he found the gun carriers conduct inappropriate.

"We support the constitutional right to bear arms. We will not tolerate bad behavior," said the sheriff.

Parent Paris Horton, whose son was playing on the baseball diamond at the time of the incident, questioned the man's motives.

"Why would anyone be walking around a public park, with a lot of children and parents and people here playing baseball, and he's walking around with a gun?" said Horton. "I don't think the parents would have been nervous had he just had the gun in his holster and was just watching the game."

Rabb told a reporter that her 6-year-old son Ethan, who was playing on the field, later asked her about the man.

"When I was reading my son's story last night, he turned to me and said 'Mommy, did that man want to kill me?'" said a tearful Rabb.

A reporter from WSB contacted the man, whose name was not disclosed, and he refused to discuss the incident.

The State of Georgia recently liberalized their gun laws allowing owners to carry their weapons into churches, schools, libraries and bars.

See video below from WSB-TV: