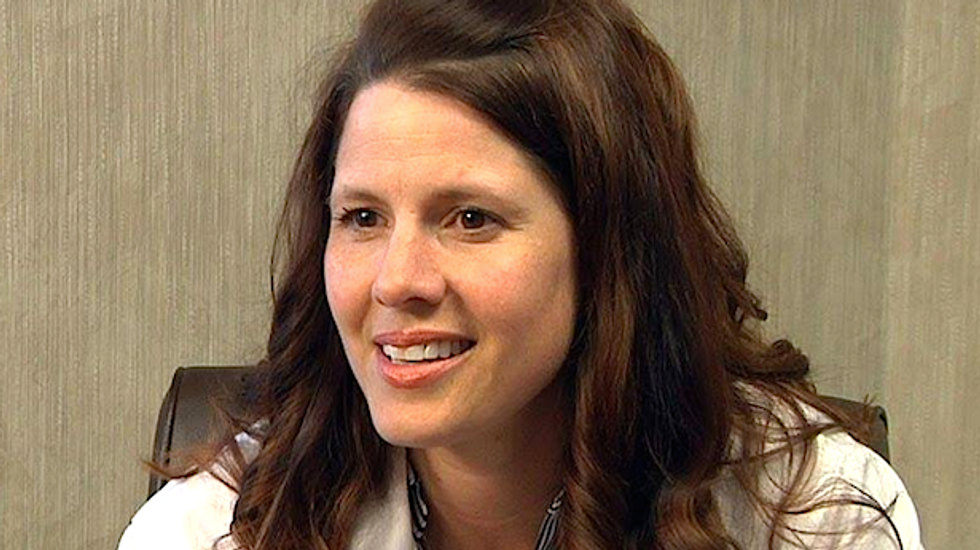 “The food stamp program is administered by the U.S. Department of Agriculture. They proudly report that they distribute free meals and food stamps to over 46 million people on an annual basis,” the graphic claims.

“Meanwhile, the National Park Service, run by the U.S. Department of the Interior, asks us ‘please do not feed the animals.’ Their stated reason for this policy being that … The animals will grow dependent on the handouts, and then they will never learn to take care of themselves,” it continues. “This concludes today’s lesson. Any questions?”

The physician, who styles herself after Sen. Ted Cruz (R-TX) and Rep. Steve King (R-IA), is running in third place in a recent poll, behind former South Dakota state Sen. and Gov. Mike Rounds and state Rep. Stace Nelson.

“The only issue I have with this are children in families that would not eat if not for the food stamps,” said one commenter. “Children do not get to choose their parents.”

Another woman related her own experience, saying she worked one full-time job and another part-time job to pay her family’s rent and bills.

“If I didn't get food stamps my kids wouldn't have food to eat so plz re think ur statements,” the woman said. “Some of us are not fat and lazy oh and needless to say i pay taxes to.”

Bosworth’s campaign has its own money problems.

Despite solid fundraising numbers for a first-time candidate, her campaign reported more than $5,000 in debt earlier this year.

Some of her former employees also say Bosworth owes them back pay, and the state attorney general’s office has fielded complaints by people who say they bought tickets in raffles to raise money for her nonprofit health organization but no drawings were held.

Bosworth said she and her husband sold most of their possessions to keep open her medical practice, which serves many poor patients, after she settled a licensing issue two years ago with the state board.

She agreed to pay more than $14,000 after her practice was accused of submitting Medicaid claims for non-covered services for children she treated in Sioux Falls shelters.