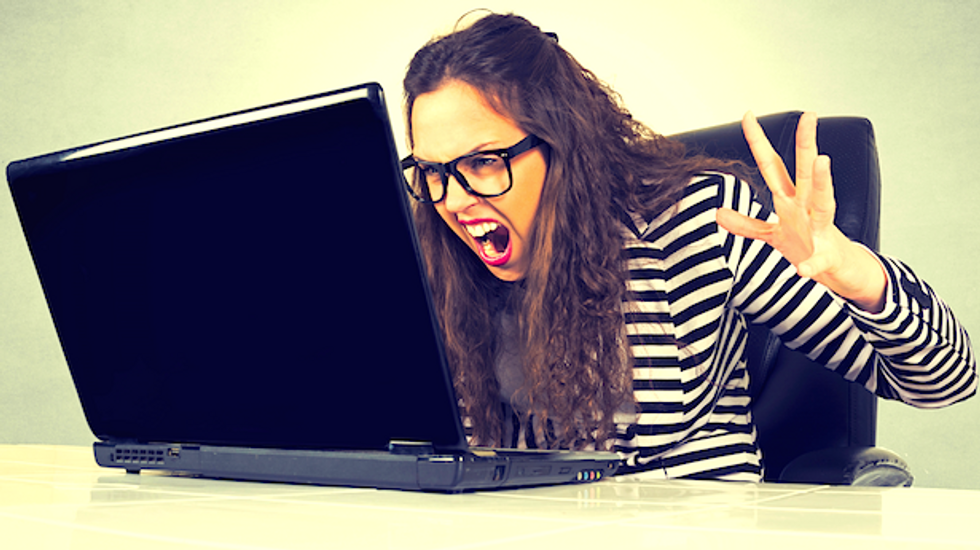 The Hallmark Channel muted references to “God” in a movie rerun to avoid actors taking the Lord’s name in vain, but Christians were angered anyway.

“I was shocked, angry and greatly disappointed that during the movie , It Could Happen to You"', everytime the name of God was used,it was muted out!!!!!” said one viewer on the channel’s Facebook page. “I would never have thought that the Hallmark Channel would cave in to so called political correctness. You can count on a lot of others feeling the same way and not tuning in anymore if this continues.”

Outraged responses to the channel’s decision trickled in for days on their heavily commented social media page, reported the Friendly Atheist blog, in between complaints about loud background music during programming, praise for its original programming, and requests for more “Little House on the Prairie” and less “Perry Mason.”

“REALLY HALLMARK!!!! BLEEPING OUT THE WORD GOD!!!! HAVE WE FORGOTTEN THAT YOU USED TO BE A CHRISTIAN NETWORK!!! WTH!!! HOW ABOUT NOT OFFENDING CHRISTIANS!!!!” said one Facebook user.

A representative for the Hallmark Channel, which begins two months of Christmas programming in early November, said in a Facebook post that the decision was made to uphold the biblical prohibition of taking God’s name in vain, as ordered in the Ten Commandments and elsewhere.

“In the recent airing of ‘It Could Happen To You,’ the word God was omitted as staying on the side of caution to not offend, as our Standard & Practices department categorized it as God was being used in vain,” the representative said.

Although religious scholars disagree on precisely what constitutes taking the Lord’s name in vain, the network’s decision exposed what some viewers saw as a double standard.

“If you are going to block the word GOD in the movies played by this station at least block the cuss words too. JESUS !!!” said one Facebook user.

Others say the decision was reminiscent of Nazi Germany and foretold the end times were near.

“It is scary times in America,” warned one Facebook user. “God and conservatives are prosecuted. Conservative becauses we believe in God and try to apply him in our lives. It is awful how many people do not believe in God anymore. I fight all the time in political fb pages about that. I can't win but I WILL NOT be silent! I am not a perfect Christian but I know what he has done for me in my life.”

But other viewers urged indignant Christians to take a step back.

Watch watch the 1994 trailer for "It Could Happen To You" posted online by CappaZac:

[Image: Selective focus on the angry businesswoman via Shutterstock]

Media Top Stories
Report typos and corrections to: corrections@rawstory.com.
Like this article ? Text `Support` to 50123 to donate.
READ COMMENTS - JOIN THE DISCUSSION