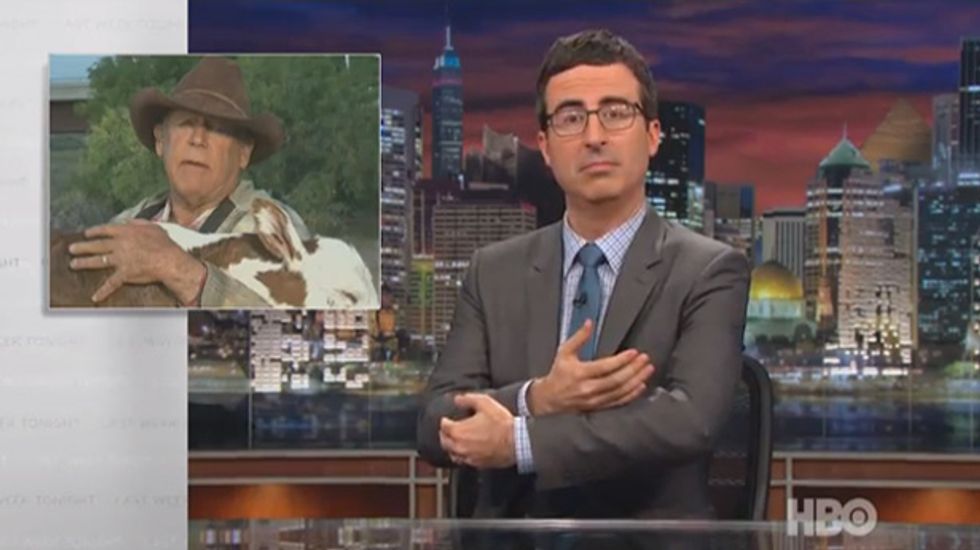 Saying "It turned out to be a rough week for unrepentant racists and recording devices," Oliver ran clips of the Sterling coverage over his taped complaints to his girlfriend about her Instagram photos with black people.

Saying Sterling would "get back in everyone's good graces" because, "who can stay mad at that racist face?" Oliver pointed out that "this horrific human" had "managed to one up the previous most racist person of the week, Cliven Bundy."

Oliver proceeded to run footage of Bundy's Friday morning interview with CNN which started with the host pointing out that Bundy was cradling a dead calf to his chest.

Oliver called it the "single greatest introduction to an interview in the history of the english language."