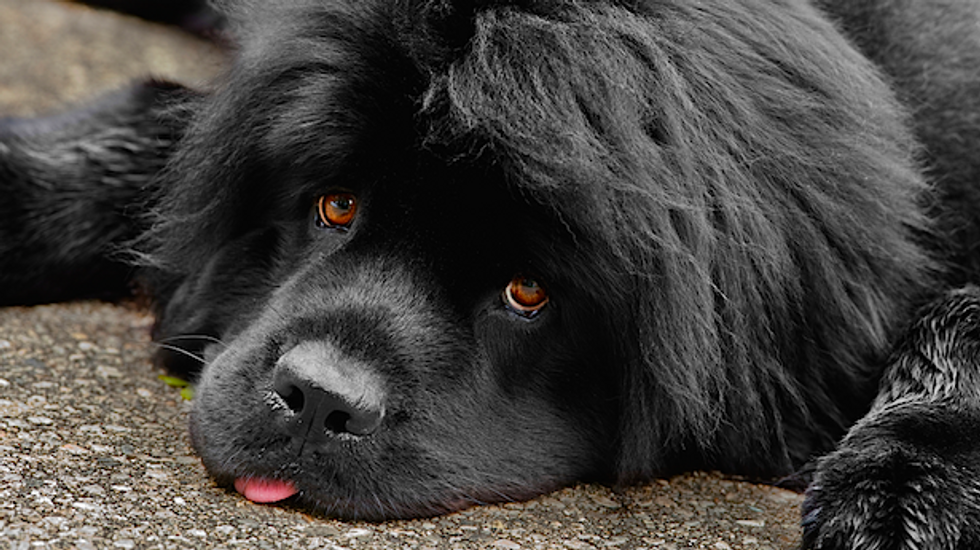 A homeless man said a Louisiana cop shot and killed his dog Monday during his arrest on trespassing charges.

Officers were called about 7:20 a.m. to the parking lot of the Southwest Daily News in Sulphur, where two transients from Maine had just hopped off a freight train.

A caller said the pair looked suspicious, and police found them with a large black dog hanging around the newspaper’s box trucks.

Officers placed Brandon Carpenter and his friend, Logan Laliberte, in handcuffs and made them lie down on the ground while they investigated.

Then Officer Brian Theirbach shot and killed the dog, claiming it had attacked him.

But witness Eric Midkiff, the newspaper’s circulation manager, said the animal never attacked the officer, but instead was wagging its tail and acting friendly while tied with a four-foot leash to a nearby fence.

"That dog did not bite that officer," he said. "The dog was wagging his tail, his tongue was hanging out."

Midkiff said the dog brushed against Thierbach, who immediately responded by shooting the animal.

"All he had to do is take one giant step back," Carpenter said. "Why didn't he ask me to move the dog or just take one big step back if he was uncomfortable?"

Carpenter said Thierbach "seemed to be fighting back a smile," and he asked him why. The officer “smirked” and said, "Well, he nipped at my foot."

Midkiff said Thierbach first told other police officers that he had been bitten on the calf, then the back of his heel, and then another officer took a photograph of his toe.

Sulphur police are conducting an internal investigation of the shooting, as they would any officer-involved shooting case.

Carpenter and Laliberte, who were on their way to visit friends in Lake Charles, La., were charged with vehicular trespassing and released from jail later Monday.

[Image: A tired and sweet newfoundland dog looks up to the camera via Shutterstock]